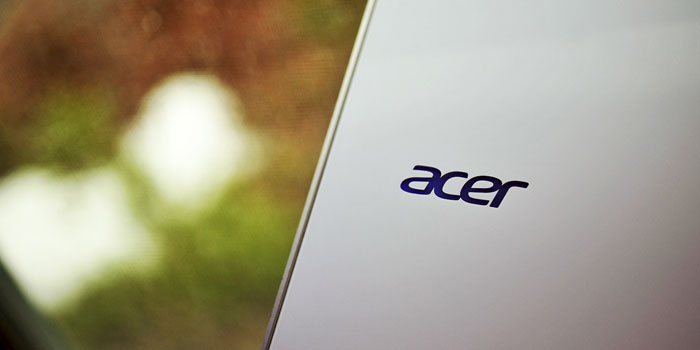 Acer announced a bunch of phones and tablets at IFA but the one we are interested in most are the Liquid M330 and M320: the first ever Windows 10 Mobile smartphone by a major OEM. Both lie in the mid-range segment of the market.

Both have virtually the same specs, give or take a few points from the processor and the camera. They have a 4.5” IPS display with a mere 854 x 480 resolution. Under the hood, the M330 comes with a Qualcomm Snapdragon 210 MSM8909 processor with just 1 GB RAM. The M330 instead trades it for a MSM8209 chip.

On the back, both feature 5 megapixel cameras, with a 5 mp front shooter on the M330 and a 2 mp one on the M320. Release dates aren’t given but Windows 10 Mobile won’t be launched until later in the year so look elsewhere if you need a phone now.

It will be really interesting to see how the phone performs in the mid-range tier running on Microsoft’s new OS. We can’t make any predictions until then.

Ask someone which is the best tablet around for gaming and the unanimous answer would be the iPad. While it is mainly due to apps, Android hasn’t been able to capitalize fully on the one front it should’ve: customizability.

Up till now, the best gaming Android tablet would be the Nvidia Shield but finally it will be seeing some competition with the new Predator Series tablet and smartphone by Acer. And these things scream power by the way they look, feel and on the inside.

Both feature striking designs with red accents, four speakers and metallic back panels. Just like you’d expect a serious gaming device to be.

The Predator 6 comes with a 6” HD display with an astronomically-powerful deca-core MediaTek processor, quite possibly the Helio X20. Those ten cores are complimented by 4 GB of RAM and a 21 megapixel camera around the back.

The Predator 6 will also feature “special controls and feedback features” for more immersive, controller-like gaming. The Predator 8 on the other hand will come with an 8” display with 1080p Full HD resolution. Underneath, you’ll find an Intel Atom x7 processor with 32 GB worth storage.

Apart from offering the same striking, aggressive design, the Predator 8 will also come with a motion feedback. Asking price will be $300 on its launch in November.