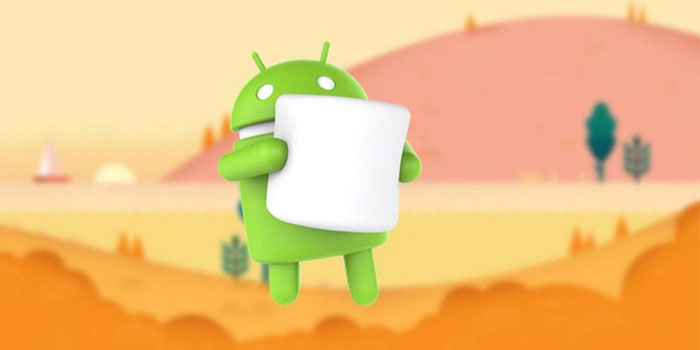 Google’s next Android version is still in its developer preview state and due to be released sometime next month. Thankfully Google has revealed most of the information regarding the OS so we know what great things we can expect from Android Marshmallow 6.0.

The next version brings a whole lot of changes, improvements and new features to look forward too. We have made a list of the top five features that will get all Android fans excited about Android 6.0.

App Backup and auto restore is a feature that most Android users have been longing to see for ages. Android Marshmallow will bring s seamless backup and restore feature to Android. It will back up all apps’ user data and settings to the cloud automatically. The process will take place once a day when the device is idle and connected to a WiFi connection, thus avoiding mobile data charges and sudden battery drains.

Users will never have to worry about losing any of their data if the phone fails or is stolen. It will also make switching to new Android phones a much easier task as users will get all their settings copied into their new phone as soon as they sign in with their Google account. Though, app developers will get the option to opt out of the feature if they require. The backup size is currently limited to 25MB of Google Drive storage per app but that should be enough for most apps and games. If you are worried that you don’t have enough space left on your Google Drive, you can rest easy because app data backup won’t count towards your Drive storage space.

With Android Lollipop, most users complained of getting unpredictable and unreliable standby times with their smartphones. Google has worked hard with Marshmallow and has brought a new Doze Mode which will drastically improve standby battery consumption.

Doze mode will let the system manage background processes optimally. The OS can keep a check on the phone’s motion sensors and the time since last activity. Using this criteria, the OS shuts down some processes and reduces wake ups in standby. As the name suggests, the phone dozes off and does not go to sleep so alarms and high priority notifications can still wake up the phone when required. According to Google’s experiments, Doze mode helped double the standby of a Nexus 9 by two times.

Google has finally allowed users to control the permissions that their apps can gain after installation with the release of Android Marshmallow. This will allow users to allow or revoke based on when an app requires those permissions.

Currently, any app that gets installed asks for all the permissions at once before being allowed to download. The same thing happens when a new permission is added in an update. This gets improved with Marshmallow, as all apps will ask for each permission as it gets required when it happens for the first time. Users will also have the choice of revoking certain permissions by going into each app’s settings after you have allowed it.

The general user experience will be greatly improved in Android Marshmallow. Android’s current app linking solution, Intents, asks to open a particular web link using a web browser or another installed app. Marshmallow will let developers add an auto-verify function within app code which will open a link with the respective app (provided it is already installed on the phone). Android will verify the app’s server and post-authentication takes place in the background while the web link is opened in a separate app.

Chrome Custom tabs will improve Webviews within a particular app without a need to open a separate Chrome browser session. The Chrome browser will run on top of the app that is used to open a link. The Chrome tab will have access to all Chrome features like automatic sign-in, saved passwords and form auto-fill. To make the process seamless, Chrome will take the app’s color and fonts and even let developers add buttons to the Chrome Custom Tab. Users won’t even notice that the webpage is opening in a separate browser or within the app.

Android Marshmallow comes with more hardware support in the form of fingerprint and USB Type-C support. Fingerprint support is already found on a lot of Android phones but that is due to OEM’s additional drivers. Android 6 will have built-in support for all types of fingerprint sensors using the same API for all Android devices. Users will be able to unlock the phone and make Play Store purchases using fingerprint sensors.

Perhaps the most beneficial addition is USB Type-C support. The new connector is capable of fast charging (up to 3-5 times faster). USB Type-C connector is reversible so it would end the long due problem of “Which is the right side up?” when you plug in the connector. The new standard will also enable faster data transfers while powering the device at the same time. USB Type-C will also enable a much wider accessory support for Android devices.