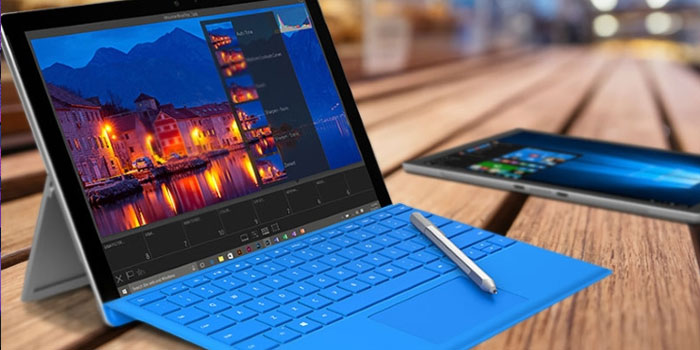 The long awaited successor of Surface Pro 3 has finally been announced by Microsoft and is called Surface Pro 4.

The company aims to substantially reduce the functionality difference laptops and tablets, which is perhaps one of the reasons why Surface Pro 4 features such impressive hardware in addition to its large screen size. Surface Pro 4 has a 12.3 inch screen, which is 0.3 inches larger than its predecessor, and features a PixelSense touchscreen display, which according to the company, happens to be the best type of display in the world.

The starting model of Surface Pro 4 features Intel Core m3 Skylake processor, 4GB of RAM and 128GB of storage and will carry a price of $899. The highest performing model has an Intel Core i7 Skylake processor 16GB of RAM, 1TB of storage but carries a ridiculous price of $2,699. Surface Pro 4 is also compatible with two accessories; a keyboard accessory and Surface Pen (Surface Pen will only be bundled with the tablet).

Surface Pen, according to the company, has 1,024 levels of pressure, which will provide users with the same experience as using a regular pen to write on a piece of paper. In addition, the Surface Pen can also be attached to the side of Surface Pro 4 like a magnet, and does not require to be positioned properly in a holder or cover. The tablet also measures in at 8.4mm of thickness, and for additional flexibility. Microsoft has incorporated a USB 3.0 port, microSD card reader, 3.5mm headset jack, and a Mini DisplayPort for users.

The large screen tablet will also be able to deliver up to 9 hours of battery life, which is really phenomenal given the high amount of pixels being rendered from it. All the necessary pricing and specification details have been listed below.