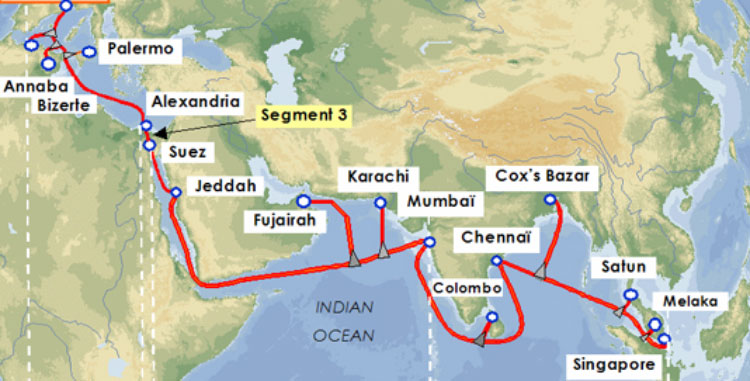 Today is one of those days when submarine cables get a fault and internet speeds plunge across the country. Reportedly more than one of submarine back-haul fiber optic cables that connect Pakistan with rest of the world are facing some issues and hence the internet speeds, particularly for PTCL customers, are below normal.

While details are coming, it is said that west bound traffic to and from Pakistan is going to get impacted, however, back-up arrangements have been made and put in place to counter the damage.

Bandwidth scarcity on the western segment got affected which is being restored. Alternate arrangements are in place to enhance availability.

Early reports claims that more than one submarine cables are at fault, hence estimated time required for full recovery may get longer than usual.

With growing internet population of the country and the demand, there is a serious work required to make sure that such faults in submarine cables — that happen every other month — don’t impact the end-user.

While private companies are putting their efforts and money to feed the bandwidth needs of the country, one may wonder if government could play a role to make back-haul connectivity more redundant than what we have today.