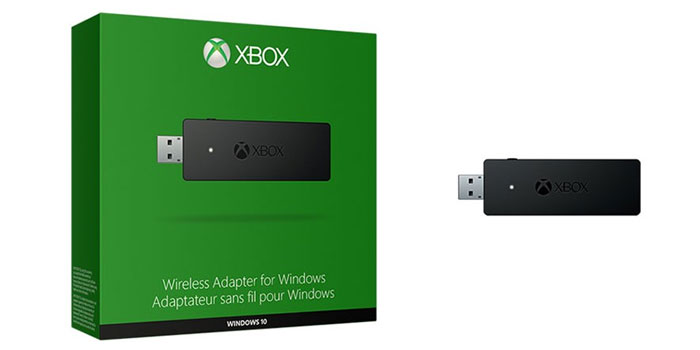 Previously, a PC gamer who wanted to experience what it felt like using a console gaming controller would have to hard-wire it to his/her machine in order to complete the process. Now, users who have upgraded their platform to Windows 10 for desktops and laptops will soon find out that another advantage is headed in their direction. That advantage happens to be using Microsoft’s Xbox wireless controller on a system that is running Windows 10.

However, they will have to be a little patient because in order to start using the wireless controller, they will require a Xbox wireless adapter, which is going to start being sold from October 20 and will carry a price of $24.99 (according to the details present on the official Xbox website).

When the Xbox wireless adapter does arrive in Pakistan, you can be rest assured that it is going to be slightly more expensive than the original retail price. If you plan on using an Xbox One wireless controller for your desktop and laptop machine, then you need to make sure that you have any version of Windows 10 installed.

Furthermore, running the adapter on previous Windows versions will result in incompatibility issues, because drivers for the product are not support by any other platform apart from Windows 10. However, the good news is that the Xbox wireless adapter uses a fully functional USB interface and can be inserted into your USB 2.0, or 3.0 port to start powering on. After scanning for hardware changes, the Xbox wireless controller will easily pick up the wireless signal and you will be able to play PC titles using the controller effortlessly.

By bringing this crucial feature for gamers on the company’s Windows 10 platform, Microsoft is showing that it wants to start making its newly released operating system on-par with the same level of experience as the company’s next-generation console. This could also mean that the tech giant would be taking strides into making sure that Xbox’s exclusive gaming titles could be ported to the PC, but Xbox’s head, Phil Spencer, has not yet commented on this particular question as yet.

Regardless, Microsoft is slowing catering to the requirements of PC gamers by releasing the Xbox wireless adapter, and apart from this, the company will also be releasing its Xbox Elite Wireless Gaming Controller shortly, and it will be compatible with Windows 10.