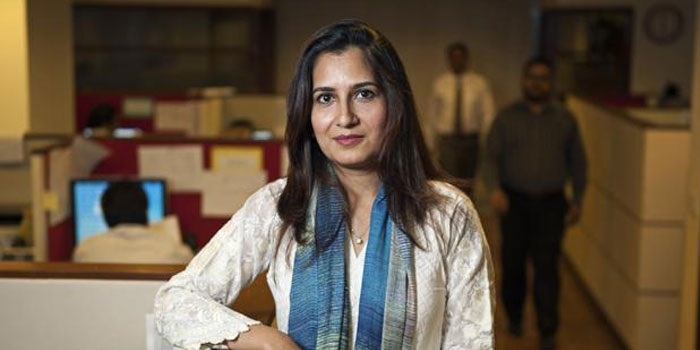 Maheen Rahman, the CEO of Alfalah GHP Investment Management, has been named in Fortunes 2015 edition of ’40 under 40′ rising females executives to keep an eye on. Based out of Karachi, she is the youngest head of any Pakistani asset management company as well as the only female among 21 rival CEO’s.

The honor is well warranted. Rahman has outperformed competition and increased client assets by 40% this year. Her IGI Stock Fund has given investors a 443% return since it began 7 years ago. That’s 117 points more than the benchmark index and the highest gain among 34 peers tracked by Bloomberg.

Rahman took the position of CEO at IGI Funds in 2009 and swiftly turned around the flailing company by doubling assets under management within a year. The 15% return on equity was in stark contrast with the industry, which shrank by 7% the very same year. Alfalah GHP Investment Management later bought IGI in 2013 and Maheen became CEO of the resulting firm.

Rahman’s success is made all the more impressive considering the challenges women have to face in their workplaces. While the situation is slowly improving, Pakistan still has the lowest percentage (25%) of female workers in the top economies in Asia (averaging 52%).

In a feature earlier this year with Bloomberg, Rahman said:

My biggest challenge has been building a reputation and trust in a market that values grey hair and being male. After all these years, I still routinely get asked why I don’t just design clothes.

We hope that Maheen Rahman’s success and well deserved coverage by international media spurs a debate in Pakistan about the need for gender diversity and equality at the workplace. In the meantime, we’re sure she’ll be making headway towards her goal of boosting Alfalah GHP to the levels of the industry’s biggest names.