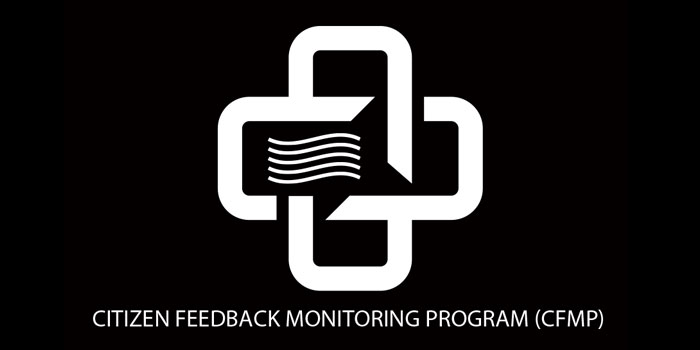 For so long we’ve heard that the government turns a deaf ear to the concerns of the people. Like all general statements, the truth seems an elusive thing. Are things getting better for the citizens? Or are they getting worse? The difference between reality and perception is vast indeed and for their part, the Government of Punjab wants to show that when it comes to government and civilians, cooperation in matters of governance needs to be there.

Service delivery and redressal of common grievances by the government machinery is the surest way to showing that results are there. It’s the mechanism of how issues are handled that is important for Pakistani citizens, especially in this age when there is cynicism and skepticism aplenty about provincial government’s performance. To rectify this (and facilitate people as well) the idea of a Citizen Feedback Monitoring Program (CFMP) was mooted.

What Is CFMP And How Does The Provincial Government Benefit?

We’ve got issues related to corruption, provision of rescue services, driving license registration, land records updating to name a few. The aim behind CFMP is to build trust between the provincial administration and citizens, by solving some of the most common issues that people face in their everyday life.

CFMP works right from the district level and all the way up to the provincial government level by documenting details as a citizen avails public service. Data is logged and checked for integrity via CFMP. Citizen information (such as NIC, cellphone number) is then checked to ensure that genuine people are availing these services. This can help cut down on time wasted on entertaining bogus people, thus streamlining government machinery and saving time and costs. Only the deserving people are attended to and provided high quality services.

How Does CFMP Help Locals And Citizens?

Just as the government can identify frauds who are trying to abuse the system, concerned citizens can also send negative feedback about any particular service to the provincial higher-ups. The valuable feedback provided by citizens can, in theory, clamp down on corrupt government officials.

To date, the CFMP project has resulted in 1,062 inquiries against corrupt practices and individuals. Penalties, suspensions, terminations, showcause notices are amongst the variety of preventative measures been taken to enhance governance.

CFMP Is Making An Impact Locally And Internationally

This robust technological package developed by Pakistanis for ensuring an optimal governance model is earning laurels out of the country as well. Albania and Romania are amongst a handful of countries that are utilizing their own tweaked version of CFMP suite developed here. KPK has followed Punjab in adopting CFMP. Relief funds earmarked for about 93,000 IDPs from North Waziristan didn’t fall into wrong hands, thanks to CFMP as well.

With the fight against corruption and bureaucratic/administrative inefficiency in full swing in Pakistan, CFMP remains a success story in ensuring that the Pakistan of tomorrow is all the better for coming generations.