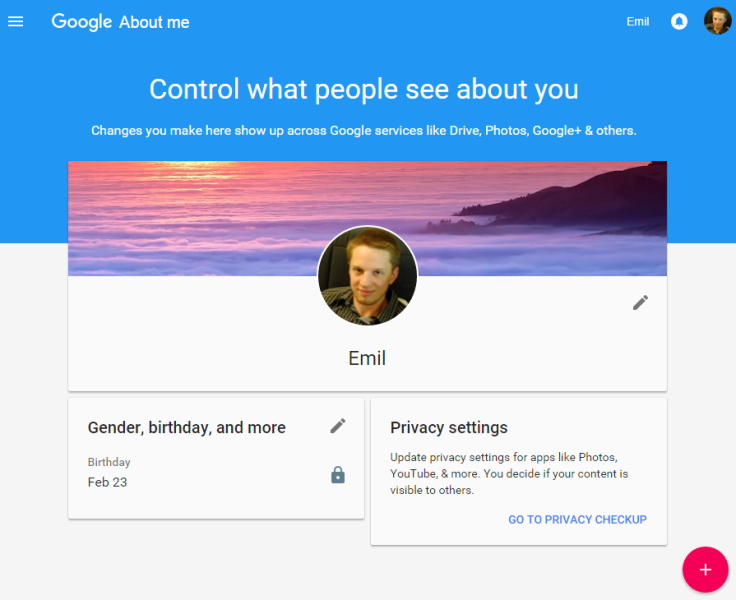 Google often gets a lot of flak for collecting user data, a fact that’s universally acknowledged. Yet, we choose Google’s services over others because they offer much more functionality, are integrated and make everything convenient. Still, most users do want to know whatever they have shared with Google across all its different services. That’s where the new ‘About Me’ tool comes in. The new tool helps users know whatever data they have shared with any Google services, all in a single and easy to use section.

Not only will the new tool let users see what they have shared with Google, they can even change the information available to each of the Google apps. Users can change what other Google users can see about them as well.

Where Can I Find About Me?

The new tool began rolling out this week but no formal announcement was made. About Me was initially thought to be a replacement to the Google+ profile page which had a similar About section – one that detailed whatever was visible to other Google+ users. However, Google has stated that the new tool will not replace the Google+ profiles. Instead, any changes made on the About Me page or even the My Account page will reflect on the profile pages and vice versa.

About Me section will make one thing pretty clear amongst all Google users – it possesses a lot of personal information. Google merged the privacy policies of most of its products back in 2012 which let the company merge user data from most of its own services. Google uses the combined information for targeting ads and improving user experience. Previously, users were left to imagine what personal information is available to Google, but now they can take control of most of that information.

Any changes made using the new tool will impact a wide range of Google services like Hangouts, Gmail, Inbox, Play Store or Play Services, YouTube, Photos, Drive, Google+ profile, even Google search results and several other services as well.

The About Me tool will let users hide information like where they work, their phone number(s), addresses, Location history, Education and some other similar info that could have been collected through any Google products. Things like name, nickname, birth date, profile photo, cover photo and email address, however, will remain visible to all Google services.

Previously, users were left to imagine what personal information is available to Google, but now they can take control of most of that information.

Email address can be made private, but Google notes that it becomes visible to anyone you communicate or share content with. About Me tool will let you hide your last name as well, just not the first name. Similarly, Birth year can be hidden but the rest will remain visible. So there are quite a few restrictions.