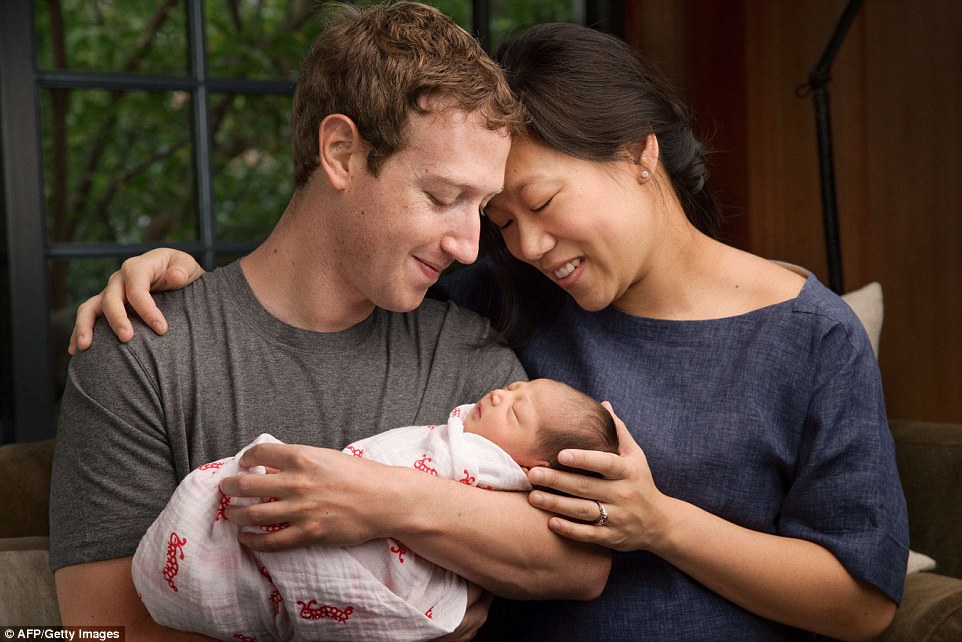 The brain behind the most popular social networking platform in the world, Mark Zuckerberg announced on Tuesday that he was going to give away 99 percent of his Facebook shares to charity. In short, those 99 shares make up approximately $45 billion, ensuring that Zuckerberg is giving away almost his entire wealth away for a good cause.

The Zuckerbergs Welcome Their Daughter, And Pledge To Donate To Charity

In a letter that had been written for his newborn daughter Max, Zuckerberg describes the creation of the Chan-Zuckerberg Initiative, which focuses on the core structure that led to Zuckerberg and his wife Chan donating in the first place.

This is in keeping in line with a pledge made five years ago where Zuckerberg, along with other billionaires such as Bill Gates signed the ‘Giving Pledge’, in which each wealthy individual vowed to give a vast portion of his/her wealth to build a better world.

The founder of the social networking platform is going to retain the majority of the Facebook’s voting rights for the foreseeable future, and has limited himself to giving away $1 billion in Facebook stock each year for the next three years. Founded in 2004, Facebook operates on a unique dual-class structure, where he owns special super-voting shares. Essentially, even after Zuckerberg gives away ordinary shares of stock, he still maintains majority control of the social network.

The Letter To his Newborn Daughter Max

Here’s what Mark wrote for this daughter:

“Today your mother and I are committing to spend our lives doing our small part to help solve these challenges. I will continue to serve as Facebook’s CEO for many, many years to come, but these issues are too important to wait until you or we are older to begin this work. By starting at a young age, we hope to see compounding benefits throughout our lives.

As you begin the next generation of the Chan-Zuckerberg family, we also begin the Chan-Zuckerberg Initiative to join people across the world to advance human potential and promote equality for all children in the next generation. Our initial areas of focus will be personalized learning, curing disease, connecting people and building strong communities.

We will give 99% of our Facebook shares — currently about $45 billion — during our lives to advance this mission. We know this is a small contribution compared to all the resources and talents of those already working on these issues. But we want to do what we can, working alongside many others.”

Shortly after the announcement, it did not take long for Bill Gates and U2’s lead singer Bono to congratulate the couple over the bold step they had taken. For Zuckerberg and Chan, a new chapter of life awaits with their daughter Max.