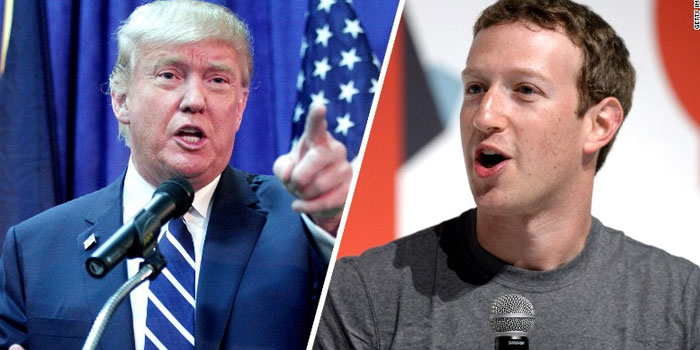 We live in dangerous times. In a deeply polarized world where politics of hate is so easy to practice and propagate, it’s no wonder that some communities are marginalized for no fault of their own.

Throughout history, communities belonging to different faiths, races and ethnicities have found themselves ostracized at any moment of time. Given which way the political, economic and cultural winds of the day blows, the targets have kept on changing, yet the story remains the same.

Donald Trump is the Latest Fear-Monger-in-Chief

This brings us to Donald Trump, the leading Republican contender for winning the nomination for the US Presidential elections due in 2016, and his hate-filled campaign against Mexicans, Muslims, blacks and other assorted people who don’t fit in with the archetypal white supremacist.

Recently, he called for banning the entry of Muslims into America, echoing an-almost Hitler-like sentiment for another community in another era. It seems like today’s Muslims find themselves in a similar position as yesterday’s Jews.

Is Technology Enabling Man’s Inhumanity Against Man? Or Curbing it?

Fortunately, it seems Trump is being called out on his racist brand of American politics. There is a growing chorus against him from the White House to even European and Arab countries. And in all this, technology is rising to the occasion to combat one individual’s brand of politics that designed to appeal to the lowest common denominator. Not a day passes with us not hearing about Trump’s latest attack on a community. And every day the media (social, electronic and traditional) take great pains to remind us who he really is.

Speaking of how social media is proving able of countering the political propaganda of Trump and co., it is also important to mention how terrorist outfits like Daesh are using the same avenues to export their brand of sectarianism throughout the world.

You know what they say about how you use the tools at your disposal? That applies here too.

Where does Mark Zuckerberg figure in all this?

This brings us to Mark Zuckerberg and Facebook, who, based on their past track record against the complaints of the Muslim community, have not been able to attend to their concerns. Whether these complaints were fair and equitable is another debate entirely. But the fact remains that an underlying perception of unfairness exists here. Something that outfits like ISIS are all to adept at exploiting.

However, we can only hope that this has prompted a rethink at Facebook HQ. Recently Mark has, in response to the public backlash faced by Trump, come out in support of the Muslim community, a most welcome change for a tech company to come out and support an embattled religious community in America. In a recent Facebook post, he affirmed his ideals to making Facebook a place where Muslims are welcome and free of stereotypical aspersions cast upon them.

Here’s what Mark Zuckerberg had to say:

I want to add my voice in support of Muslims in our community and around the world.

After the Paris attacks and hate this week, I can only imagine the fear Muslims feel that they will be persecuted for the actions of others.

As a Jew, my parents taught me that we must stand up against attacks on all communities. Even if an attack isn’t against you today, in time attacks on freedom for anyone will hurt everyone.

If you’re a Muslim in this community, as the leader of Facebook I want you to know that you are always welcome here and that we will fight to protect your rights and create a peaceful and safe environment for you.

Having a child has given us so much hope, but the hate of some can make it easy to succumb to cynicism. We must not lose hope. As long as we stand together and see the good in each other, we can build a better world for all people.

Will other technology giants follow suit? Whether it comes to Daesh, Trump or any other individual or group that only fosters hate and violence in human minds, will the companies clamp down on content that’s incendiary and inflammatory and outside the precepts of common humanity? One that respects the sanctity of human life no matter who they happen to be?

From a purely technologically viewpoint, the recent Paris attacks and their coverage on Facebook has raised some pretty important concerns of how terrorist occurrences in one part of the world are highlighted than in some other part. This is the part where Facebook needs to work into making itself a truly global entity. We can only hope Mark’s recent move proves to be a harbinger of great change for the better at how tech can play a role in making the world a better place.

As for Pakistan, it needs to get its own house in order. It is rightfully said that charity begins at home, and for all the Trumps and Zuckerbergs of the world, this is one lesson we’ve got to apply to ourselves. We need to safeguard our minorities rights with as much vigilance as we expect from Facebook and Twitter.