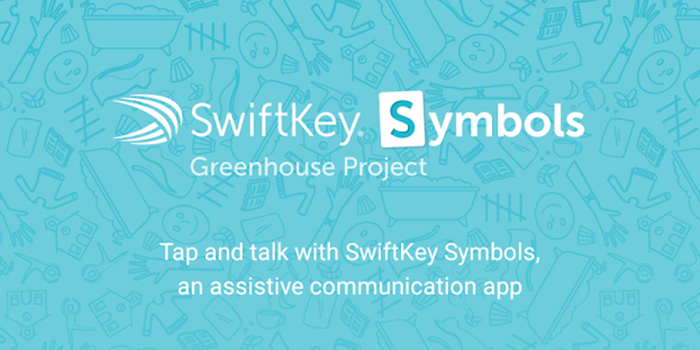 SwiftKey has announced a special version of their app called SwiftKey Symbols. The app is geared towards assisting “non-verbal individuals with special needs”. The SwiftKey team came to the decision to create this new app after some of the team members had trouble dealing with autism in their families.

A Swiftkey for Autism?

SwiftKey Symbols seems to be the perfect idea to help with this problem. People who can’t make out words and alphabets cannot use a keyboard. The app solves this by using a card based system with each of the cards displaying a symbol.

A similar method, image cards, are used to help autism affected individuals communicate with others. When compared with a stack of cards, the SwiftKey app has an obvious advantage. SwiftKey can make use of their contextual language prediction engine to bold sentences from the chosen images. Not limited to language prediction, the app will also be able to track a user’s daily routine and adapt the symbol card layout accordingly, making the most used symbols easier to access.

The app is indeed the obvious solution for autism patients but it can also help people with other communicative diseases or issues. People like Stephen Hawking often use SwiftKey technology to communicate with others. Symbols could be the perfect app for younger people with similar problems like the Locked In Syndrome, by-birth deafness, voiceless etc. The app could be used for a completely different spectrum as well. Uneducated people who can’t write will also be able to communicate by using the symbols cards.

Speech and Language Therapist from the Riverside School for Special Needs Students, Charlotte Parkhouse, assisted in the development of this app, making it professionally certified for use in the above-mentioned scenarios.

Features and Availability of Swifkey Symbols

The app has features like Symbol to sentence builder, next symbol prediction, audio playback, custom photo addition, new category creation, day and time specific predictions. The app runs only on Android Smartphones and tablets for now.

The app can be downloaded for free from the Play Store here.

Not long ago, Samsung revealed an app for Alzheimer’s patients. Swiftkey is also doing something similar here.