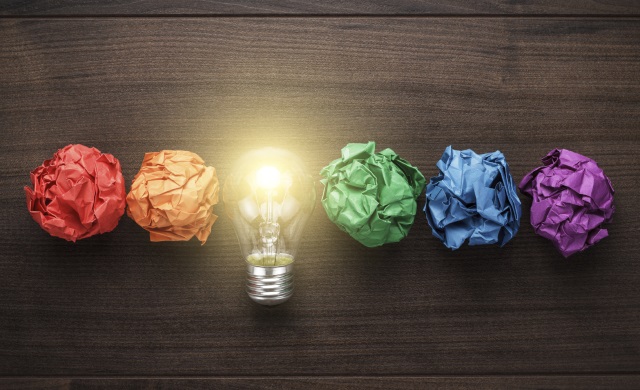 Recently, the Prime Minister of India, Narendra Modi, unveiled a first of its kind Startup Action Plan that’s aimed at helping entrepreneurs grow. The plan envisions a fundamental shift in mentality from job seekers to job creators, by empowering the country’s significant youth population. With a host of perks and incentives for innovation driven startups and businesses, it is poised to be one of the biggest such initiatives seen in the Asian region.

Naturally, this begs the question: how does Pakistan’s entrepreneurship ecosystem compare to what’s been proposed in India? There’s been significant progress from Pakistani companies in the startup scene, from those closing millions in investment, to those breaking new frontiers with contracts in triple digit millions. In light of all these developments, are we doing well enough or can we take a leaf out of our neighbor’s book?

That’s what we are going to find out in this post. We’re going to list down what we feel are the major points from India’s Startup Action Plan and see if we have something similar in place and if not, how we could benefit from introducing it.

In India, startups will be exempted from tax for three years. In addition, they will also get concessions on capital gains tax. In Pakistan, startups are treated like any other business. The only thing we can think of in terms of concessions is the tax exemption for IT companies and even that is expiring this year.

8% minimum tax for services companies is one such example where majority of startups (as a service provider) are taxed at 8% of their revenues, regardless of their profits. This means that a startup has to pay 8% of its revenue as tax even if it’s operating in loss. Not to mention, the majority of services companies operate at around 10% margins and many startups don’t reach profitability initially. In layman’s terms, here the government even taxes startups that haven’t reached break-even.

Since the government has been on a tax hike spree, the process of establishing a startup can be more intimidating than it should be. Curbing innovation for more tax money should never be a government’s strategy to make ends meet.

India is aiming at a compliance regime based on self-certification. There will be no state sanctioned regulatory inspections for three years. However, startups can still be put under investigation if suspected of irregularities in the exempted years.

If I am being honest, we can’t really judge whether our regulatory requirements are appropriate or not. For any laws to be effective, we need to actually admit they exist and respect them. Ignorance definitely plays a part in this and anyone who starts a business needs to take it upon themselves to make sure they and their employees know their rights and what’s expected of them.

Right now, the state of things is such that if someone files a case against an abusive employer, it’ll drag on so long they’ll drop it themselves. So the government needs to streamline things as well.

The Indian government is going to set up a massive fund worth a total of Rs. 10,000 crore. The money will be use to support innovative startups. The funds will be spread evenly over a period of four years and starting this year, Rs. 2,500 crore will be made available.

While there have been talks of a government backed VC fund for startups in Pakistan, nothing concrete has come of it yet. There are many local incubators, accelerators and each have their own network of investors and links. Granted there are innumerable ways to raise money if you have a good product or service, I still believe that more can be and should be done from the government’s side in this area to offer a truly even footing for everyone.

Central Hub for Liaison Between Government and Startups

Startup India hub is a single point of contact for interactions with the government. It will act as the primary place where startups and government will be able to communicate with each other and share concerns and vie for improvement.

Nothing like this exists in Pakistan. But since the government is pretty closely involved with startups and entrepreneurship, we expect such a hub to be created once the number of startups rises enough to justify the need for it.

It’s pretty safe to say that research and development in Pakistan is stunted. Prominent faculty at major universities have been found to plagiarize their theses and the ICT R&D Fund just got around to approving a new CEO.

While there have been promising signs in universities setting up their own incubation centers and encouraging students to start businesses instead of just another Final Year Projects (FYPs) that won’t be touched once they enter professional life, more can be done to encourage creativity at lower levels.

Frankly, we can’t talk about innovation and creativity when we haven’t even gotten the fundamentals down. The huge disparity between public and private schools, the gulf between the handful of top universities and others mean that opportunity through education is a product of where you’re born rather than ability. Most Pakistanis don’t love or even like learning and see it as an imposition, reflecting  a truly tragic state of affairs.

In the Startup Action Plan for India, startups will be able to close their operations in 90 days. That doesn’t sound like a big deal? That’s until you find out on average, it takes a staggering 2.8 years for a business to close in Pakistan. What’s even more surprising is that the figure is second best in South Asia. It also costs less than anywhere else in the region. However, provisions need to be made for startups since they have a faster life cycle than traditional businesses.

In what promises to be a game changer for startups in India, there will be relaxed norms of public-procurement for startups. The usual requirements of turnover or experience will be waived but there will be no relaxation in quality levels. This will help startups, specially those involved in the manufacturing industry, get on even-footing with veteran companies. It’s not easy to get into an industry even if you improve upon existing products and processes and landing a government contract could provide a startup the impetus it needs to truly accelerate growth.

While the experience requirement being waived off sounds like a great move, I wonder how many startups it could apply to here in Pakistan. Big companies benefit from economies of scale and it would be pretty hard for startups to challenge that. Many companies I know simply outsource their manufacturing to China so a comprehensive overview would be needed to determine if a move like this would be beneficial.

It’s going to become really easy to register a startup in India with the introduction of a mobile app through which the entire process can be completed in 1 day. India is notorious for its license Raj but measures such as these are a step in the right direction.  On the other side of the border, registering a company can be a very hectic process and unless you’re very well versed in the process, it can often mean acquiring the services of a lawyer so that you don’t waste time and energy. I’d argue a streamlined process that can be completed online is a requirement not only for startups but for all companies in Pakistan.

In general, doing business in Pakistan is easier than in most countries. In fact, we rank 2nd in South Asia and in the upper half worldwide according to the World Bank. However, it remains to be seen how the recent tax increases impact our ratings.

Since startups are treated like any other business, you’d think things are good. The fact is, running a startup is very different to running a traditional business. India’s one of the biggest economies in world. They didn’t work on a Startup Action Plan for PR, they did it because they deemed it necessary propel their country to the forefront of innovation.

The Pakistani government has done an admirable job so far with increased focus on IT and entrepreneurship. That being said, our country also needs a comprehensive framework to govern this sector. We shouldn’t need the help of accelerators or mentors to maneuver us through our overgrown regulatory landscape. Enabling entrepreneurs to be self-sufficient should be the focus when designing policies.