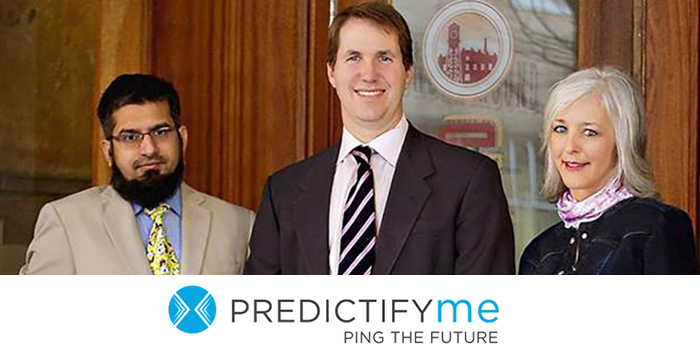 We live in times where we dread that when the next terrorist attack will happen. We don’t know what the targets will be, where will the terrorists strike or how much death & destruction will they wreak on any given day.

In an ideal world, these shouldn’t be the things that we’d worry about as we wake up and go along our day’s routine. But unfortunately for us, things have gotten to the state where, after every attack, we can already guess what the newspaper headlines and the breaking news tickers on the idiot box going into overdrive will be.

The thing about long wars is, that we risk becoming immune to the daily death and destruction that it brings with itself.

How much more of this are we to tolerate silently? 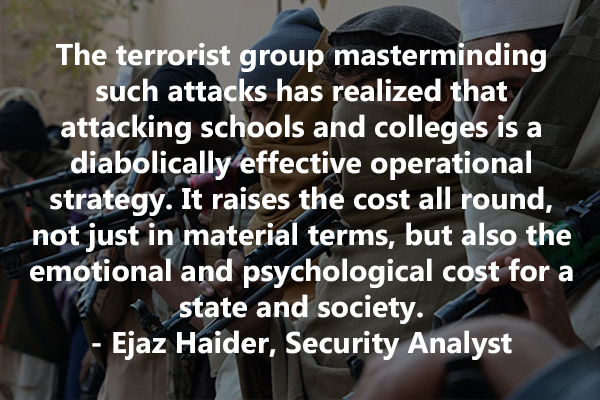 The recent episode at Bacha Khan University wasn’t the first of its kind. And it certainly won’t be the last. That much everybody knows.

What if there was a way to prevent (or at least minimize) that? What if we were able to prevent all the death and destruction before it unfolded? What we wouldn’t do to prevent another APS or BKU or the countless other atrocities perpetuated by terrorists all around the world who have no regard for human lives? 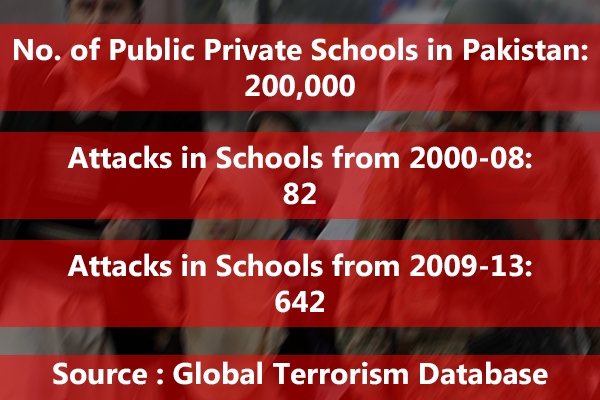 Catching an ideologically-motivated terrorist before they perpetuate their vile deed? Can we predict the next terrorist attack before it actually happens? By relying on connected machines and crowdsourced data and by augmentation of the scientific method aided by today’s technologies?

Sounds like something out of a sci-fi movie? Not anymore.

The Story of Dr. Zeeshan Usmani, Data Scientist and Co-Founder of PredictifyMe

The dead don’t die. They look on and help. Remember that, John. – Minority Report by Philip K. Dick

In this world, with smartphones and data and social media keeping information flowing like no one’s business, surely there would be someone out there who could be able to make sense of it all and prevent the next terrorist atrocity from ever happening.

That someone is Dr. Zeeshan-ul-Hassan Usmani, who developed an algorithm along with his co-collaborator Rob Burns, that can identify when’s the next terrorist attack on an educational institution going to happen. In 2014, PredictifyMe was officially launched, after raising $300,000 approximately in funding.

A simulation model is developed for a school, detailing which areas are vulnerable, when or where suicide bombings can occur. To minimize potential injuries, preemptive measures are developed based on any security loopholes that PredictifyMe finds. The makers of PredictifyMe believe that its accuracy in predicting fatalities and injury rates is 91%, since it also relies on data publically available in published academic papers, concerning simulated studies on how blasts affect buildings and armored vehicles. This data, gathered from controlled explosions and cutting-edge computational fluid-dynamics research, spanning a couple of decades, helps engineers and architects reinforce and refine their designs for a preemptive approach to building security-conscious structures.

From his humble beginnings in Sukkur and as the youngest of the 14 siblings in his family, Dr. Zeeshan has seen how the extremist threat in Pakistani society spread its tentacles far and wide, claiming victims across society no matter which class, creed or sect you belonged to.

His endless pursuit in academics, made him become a Fullbright scholar at the Florida Institute of Technology, during the same time as the Taliban unleashed their suicide squads throughout Pakistan. He dropped computer science in favor of doctoral studies, serving as the basis for him creating the predictive algorithm that’s in use in PredictifyMe today.

“If you give me the description of wounds, I can provide you with the name of the probable culprits.” – Dr. Zeeshan Usmani

In December 2009, a Shiite religious procession was attacked, with 40 reported casualties. The investigators initially believed it to be a suicide attack. Mr. Usmani’s analysis was sought by the Karachi Police. After going through the data available from the injuries, it was concluded that a planted explosive was used to target the procession.

Dr. Zeeshan collected data across 10 years pertaining to victims of suicide bombing in Pakistan. Whilst sifting through records for about 13,000 victims, he discovered that behind these seemingly random acts of death and destruction, some common patterns and behaviors became visible to take shape.

As Chief Data Scientist and co-Founder at PredictifyMe (a US-based security software company), the algorithm he devised with his team crunches some 150+ variables for a school, a process that gives schools a three to seven day window to see if they’re at risk of a terrorist attack. 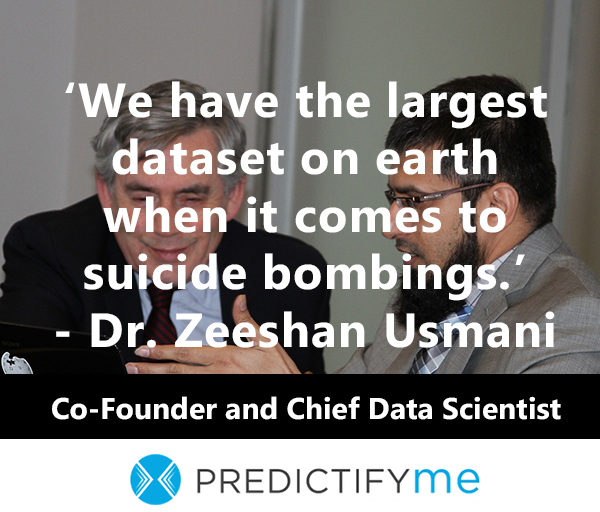 His software has already become part of the Safe School Initiative Program by UN, hoping to target 1000 Pakistan schools initially and growing to 200,000 if all goes well. Nigeria and Lebanon are also part of this initiative as well. 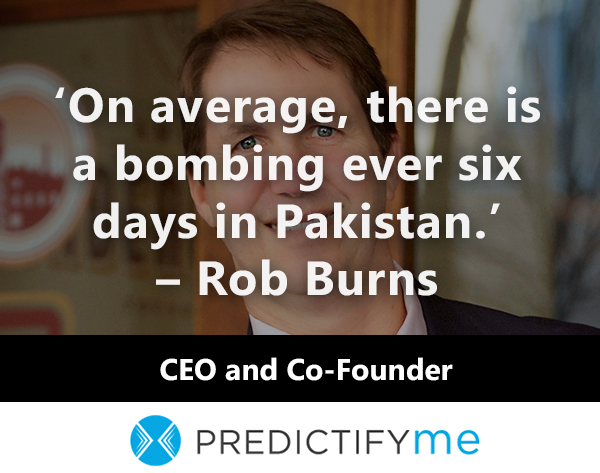 Protecting 30 million school going children and that too across Pakistan is nothing to take lightly. Recently, we saw how confusion reigned supreme following the directives to close schools on the last week of January. The cover story at that time was that it was ‘too cold to keep educational institutions open,’ with the real reason – impending threat of terrorism – kept under wraps in order to avoid mass panic. But we all know how that turned out.

This is where the civil and military leadership comes in. Initiatives like PredictifyMe are a no-brainer when the only thing on line is human lives. Let no corners be cut when it comes to that. As another round of blame games and name-the-culprit goes around, we’d do well to remember one thing.

At the end, we and only we alone are responsible for securing the lives of our future generation. All else is secondary to that. Let us hope that things turn around for Pakistan, with various de-radicalization initiatives going hand-in-hand with counter-terrorism operations undertaken in the name of making Pakistanis safer.