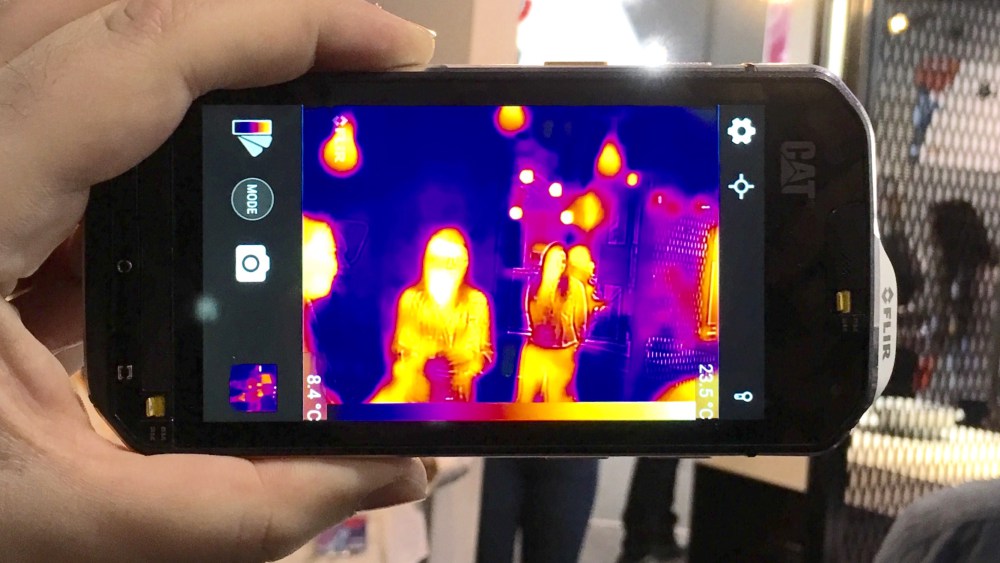 If you have followed Formula One, space launches, or any science channel, you’ll know that there are lesser cooler things around than thermal imaging. The only problem is the kind of intricate gear which is required to make the thermal imaging idea acceptable to the masses. Until now, that is.

Enter the Cat S60, the world’s first smartphone with a thermal imaging camera. The second lens, which sits alongside the regular camera comes courtesy of FLIR, a company which specializes in this kind of product. As you’d expect, it can be used by people who work under harsh conditions, as well as for basic usage for checking circuitry or heat loss in your home.

The camera can be used from a distance of up to 100 feet, and detects temperature of the objects around after you’ve taken a picture. For better durability, you also get support for up to 1.8 meter drops, as well as underwater excursions of up to an hour, at five meters. It can even be used there.

It isn’t a one-trick pony, either. The front has a 4.7” display with 720p resolution and Corning Gorilla Glass 4 protection. Under the carbon fiber hood, the Cat S60 comes with a 1.5 Ghz octa-core Snapdragon 617 processor with 3 GB RAM and 32 GB internal storage.

The back boasts a secondary 13 megapixel regular sensor, which can be used underwater, to go along with a dual LED Flash and a 5 MP selfie shooter on the front.

The Cat S60 will be priced not much further from a regular high-end smartphone, costing $599 at its launch. Don’t expect it to make a hit immediately, but at least we finally have a properly scientific competitor to the Galaxy Active devices.