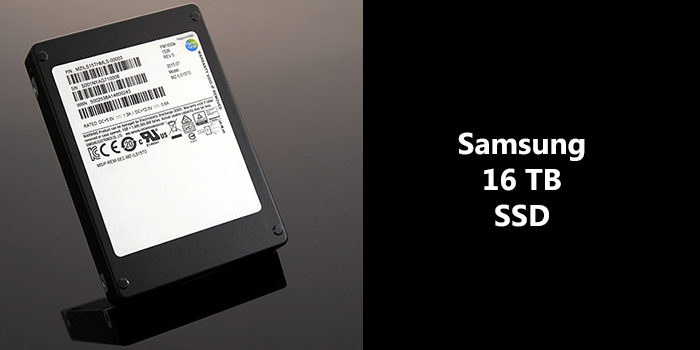 With everyone supposedly suffering from storage issues these days, it is good to see someone standing up for the profound issues that affect humanity the most: Samsung. It’s remarkable 16 TB PM1633a SSDs are finally available now.

First announced last year, the 2.5-inch solid state hard drives are the highest capacity SSDs ever to grace us with their presence. And as you might expect, it is the enterprise sector which needs the greatest and the fastest that’s being targeted. The form factor is chosen so that as many of them are put in server racks as possible.

All of these make sure that the drive has the highest NAND flash density of any SD ever. The NAND in this SSD is around 2x to 10x more long-lasting than normal MLC and TLC NANDs.

It will likely last you a long time by supporting 1 DWPD (drive writes per day) over the course of years. It will support up to 16 GB of DDR3 DRAM on a 12 GB/s SAS interface, a lot higher than the conventional 256-512 GB.

Pricing was never meant to be a strength here, and with previous SSD drives costing as much as $1000, there have been estimates going as high as $8000 on the internet. We hope to hear more about it in the coming few weeks.