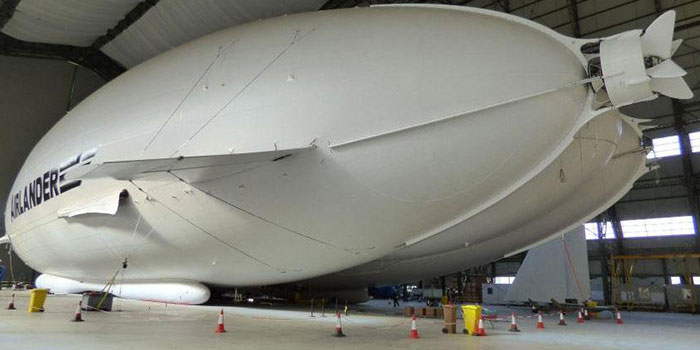 The world’s longest aircraft was revealed to the public through a series of photographs, showing the Airlander 10 in all its glory.  At the first glance though, the aircraft hardly seems like an aircraft. What do you think does it look like? 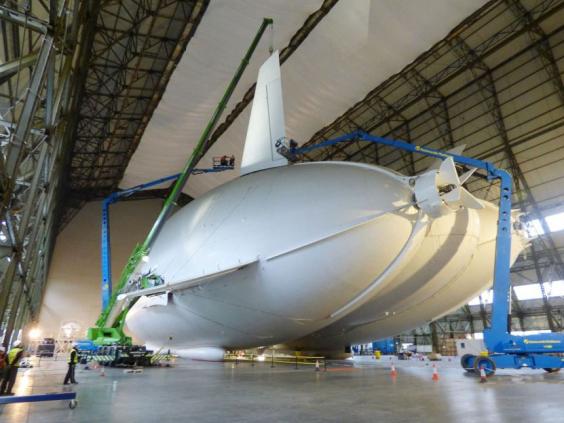 Is It a Bird or a Shark?

A Combination of Sorts

That’s right! You’ve guessed it right. This mighty beast is part airplane, part airship and part helicopter – talk about convenience! The Airlander 10 will be the first of its kind to break through traditional ways of flying. The plane is 92m long  – which is 15m longer than the largest passenger jets to date.

An interesting fact is that the plane was designed and developed way back in 2009 for the US government as a long-endurance surveillance aircraft, but unfortunately, could not be completed due to defence cut-backs.  Now, though, the aircraft has been manufactured to perform as a surveillance airplane, a passenger airplane and even as an aid-delivery service.

According to Hybrid Air Vehicles (HAV),( the firm that designed the aircraft), this flying machine has the capacity to stay airborne for up to three weeks without breaking down, at a speed of 92mph. It uses helium and is flexible enough to land on a variety of surfaces including water and ice. Speaking about the airplane, Chris Daniels, HAV’s head of partnership said, ‘This fantastic story of British innovation getting a unique aircraft fully assembled to do something both useful and commercially viable.

“We are ready to show the world the potential it can achieve in monitoring, search and rescue, cargo, aid distribution and even passenger roles.”

Standing at 26m high and 44m wide, the Airlander will be officially unveiled on Monday in Bedfordshire and will be ready for test flights in the next few weeks.  Long term goals include enabling the plane to transport at least 50 tonnes of freight, which could radically change the logistics industry as well.