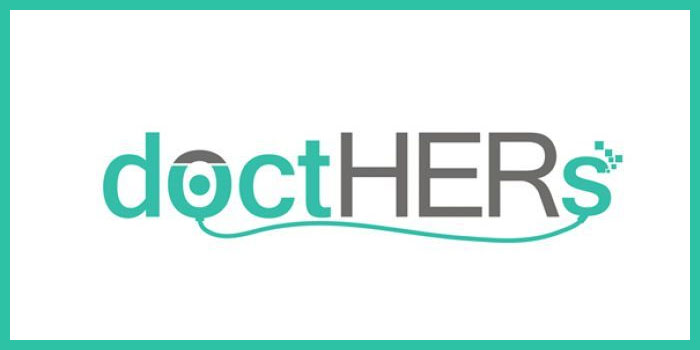 There are over 70,000 licensed female physicians in Pakistan yet only 9,000 are currently working. Whether it’s family constraints, marriage or social and cultural taboos, every year tens of thousands of women graduate as doctors yet never practice.

The doctor-wife phenomenon – where people want to marry doctors but don’t want them to practice medicine – is still prevalent in Pakistan. It’s not only the society, logistical issues contribute to the issue as well. There’s a severe shortage of daycare facilities and other services to help working couples. This means someone has to take a break from work to bring up their children and more often than not, it’s the women. Going back into the workforce after a hiatus then becomes close to impossible.

While the government is tweaking around quotas to address the imbalance, something needs to be done right now. That’s exactly the idea behind doctHERs, a startup that recently got the honor to represent Pakistan at the SeedStarSummit in Switzerland last month. SeedStar were brought to Pakistan for the very first time by Jumpstart Pakistan.

Founded in 2014 by Dr. Asher Hasan, Dr. Sara Saeed and Dr. Iffat Zafar, doctHERs bridges the gap between the need for medical professionals and the women doctors who aren’t currently working.

One of the most striking things about the startup is its focus on providing healthcare to the areas that need it most. Out of 200 million people in Pakistan, over 120 million are living beneath the poverty line. Earning less than $2 a day, they can’t have meals 3 times a day, let alone get adequate medical care.

While men fare better owning to working in cities and being the primary breadwinners, most women in poor communities have never been to a real doctor in their lives. Healthcare is dominated by quacks and fake doctors, with teachers masquerading as medical professionals and dispensing advice in some communities.

doctHERs addresses this issue by recruiting home based female physicians and connecting them to these marginalized communities through video consultation. Here’s how they do it. They go to an impoverished community that’s remote and has no doctors and do a community survey.

Once they have mapped out the issues present, they look for an existing building to convert into a clinic. More often than not, doctHERs has been able to find an abandoned school, building or an office that could be converted to a clinic reducing the cost to setup operations. Next step is to recruit a nurse that will work in tandem with the doctor.

Right now, doctHERs has 4 clinics. The startup has tapped Tech Valley as its technology partner. For its 4th clinic, it collaborated with DKT, a non-profit organization that specializes in family planning products and works to create high-impact and cost-efficient social marketing programs that reduce unwanted pregnancies and HIV infections. The two plan to extend their collaboration and start up to 80 clinics within the next year.

A Holistic Solution for Healthcare in Impoverished Communities

Since doctHERs clinics are located in remote areas, they often don’t have the accompanying infrastructure and services to fully serve the community’s needs. Taking a holistic approach to healhtcare, the startup has branched out to include a mini-pharmacy as well as visiting ultra-sound specialists and physiotherapists. Partnerships with various diagnostic labs mean a rep can visit every 10 days, pick up samples and drop off the reports as soon as they are done.

When a patient comes to visit a doctHERs clinic, the nurse conducts an interview and fills out a form, which is forwarded to the doctor. The patient is then connected to the doctor through a specializied software solution, the whole patient history is saved for future visits and an e-prescription is generated if needed.

The costs associated with a visit are nominal. A regular visit is 100 rupees and one to a specialist is 300 rupees. At the end of the month, the total revenue is split between the nurse, doctor and doctHERs.

Last month, doctHERs were among the top 12 startups selected after a year-long hunt in 3 cities in Shepard’s Pie season 1. Representatives from Seed Star as well as mentors and CEOs from Jumpstart Pakistan’s network selected doctHERs as the lucky one to represent the country in Switzerland at the annual Seed Star Summit.

It is heartening to see a local startup stepping up and taking care of an emergency situation in Pakistani society. By plugging into various social, health and economical issues, it’s no wonder that DoctHERs is attracting international as well as local acclaim. We hope more startups also follow a similar route in addressing Pakistan’s social, cultural and economical issues.