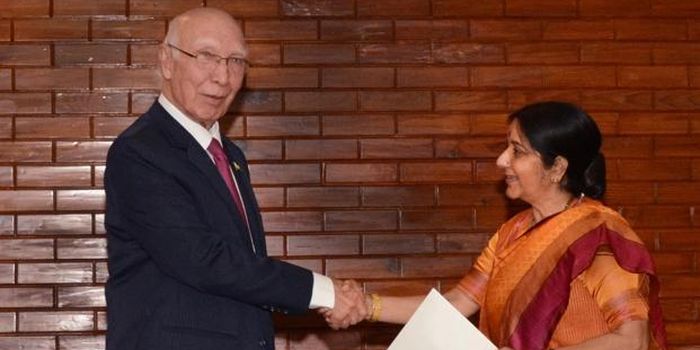 The government of Pakistan has decided to opt out of South Asian Association for Regional Cooperation’s (SAARC) joint satellite programme. The project was aimed at improving telecom and tele-medicine situation in South Asia. The satellite program was proposed by the Indian Prime Minister, Mr. Narendra Modi, at the SAARC summit in November 2014.

Modi had proposed the satellite as a “gift” to India’s neighbouring countries. The satellite was to have applications in areas like health, education, disaster response, weather forecasting and special communications related to SAARC knowledge network. The network could enable networking opportunities for students, academic communities and an annual SAARC disaster management exercise. Many thought that the satellite project could bring the SAARC to the foreground once again.

The satellite was to be developed by the Indian Space Research Organisation. The Indian team had held talks with experts from other SAARC countries to determine the modalities of the project exclusive to the regional grouping.

Pakistan has withdrawn any further cooperation on the matter due to security concerns and mistrust over Indian intentions. Indian Foreign Ministry Spokesperson Vikas Swarup said “Pakistan has decided to opt out of the satellite project. So it cannot be called a SAARC satellite. It will be a South Asia satellite.”

Last week, a meeting between SAARC foreign ministers was held in Pokhara, Nepal. Kathmandu’s summit concluded without any agreements on the two scheduled projects. The projects, named SAARC road connectivity and SAARC Railway Connectivity, were proposed to improve connectivity in the region. Pakistan refused to accept the proposals, citing lack of internal and security clearances.

South Asia is among the least connected regions in the world and all of the SAARC members realise that. However, with traditionally hostile Pakistan-India relations holding SAARC hostage, it is difficult for such initiatives to go ahead.

Sartaj Aziz, Prime Minister Nawaz Sharif’s Adviser on foreign affairs, represented Pakistan in the recent meeting. He handed out an invitation for the Indian Prime Minister to attend the SAARC summit in November which will be hosted in Islamabad.