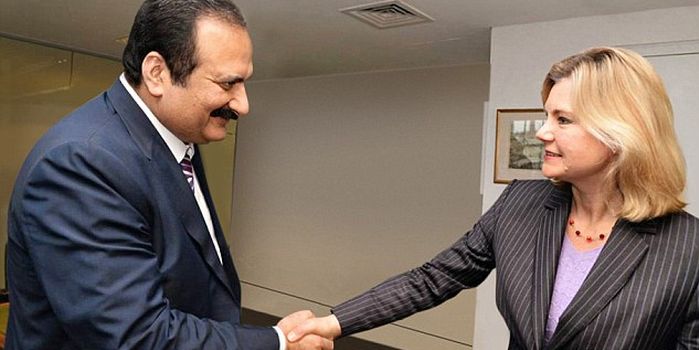 The Daily Mail, one of the UK’s largest newspapers, has alleged that Pakistani government officials have misused large amounts of British aid meant to promote education in Pakistan. The newspaper claims that Pakistani officials created thousands of fake teaching jobs and continue to pocket the salaries from the aid.

The news agency’s report states that a judicial inquiry in Sindh revealed how 5,000 fake schools and 40,000 ghost teachers only existed on paper while the international funds were being siphoned off.

Corruption in the Education Sector

According to The Daily Mail, this is only one of the many fraud scandals that plague the education department in Pakistan currently. Pakistan gets about £700 million from Britain’s Department for International Development (DFID) to help under-privileged children fulfill their educational needs.

The Daily Mail report goes on to state notes that Punjab is also host to a similar affair. UK has allotted £383 million in funds for school projects for Punjab as part of the aid. Pakistan’s Auditor General uncovered that £35 million had disappeared from Punjab’s higher education budget. £25 million of those were dubbed as “bad investments” while hundreds of thousands are stated to have been awarded as “advances” to teachers.

United Kingdom doesn’t fund higher education in the region, however, the findings clearly indicate the reasons behind DFID’s assessment of its complex “support programme” in Punjab. DFID has rated the risk of fraud as “Substantial” in Punjab.

Another scandal surfaced after the DFID tried to avoid the state government, opting instead to fund private companies running non-government schools. DFID found that female teachers were being paid a measly wage of 70p per day, which is less than one fourth of the legal minimum wage.

The report claims that Justine Greening, the International Development Secretary and her department warned the civil servants of the damages if the news about illegal wages were to be made public. But the project was still accepted as it was considered good value for money.

In Punjab, LCPS (low-cost private schools) are funded through the Punjab Education Foundation (PEF). It receives £68.7 million in UK aid. When boiled down to each child’s expenditure, it costs about £40 per year for every child studying at a PEF school. However, a study from University College London states that the areas selected by the UK support organisations almost certainly exclude the poorest children. The private sector was considered to have even more ‘likelihood of corruption.’

A DFID spokesperson said “Providing education in Pakistan is inevitably challenging, but that is why we need to be there. Our support is getting millions of children into school and we’ve worked with the education department in Punjab to tackle this issue, helping save £10 million in the process. The challenge of delivering education in Pakistan is huge but thanks to UK support, 6.3 million children are getting a decent schooling who otherwise wouldn’t.”

It is pertinent to mention here that Punjab Education Minister, Rana Mashood, has been under investigation since September 2015. He recently resigned as the minister for higher education, sports and tourism. The National Accountability Bureau (NAB) is examining corruption charges against him. However, none of those charges are related to any embezzlement associated with international aid such as the aforementioned DFID aid.