According to details, all five mobile phone companies added a total of 1.67 million new customers to their 3G/4G networks during the month of March, 2016, while maintaining a month-over-month growth rate of 6.39%.

Mobilink added most number of 3G users as 563,874 of its customers converted to 3G network. Telenor grabbed 477,017 new acquisitions for its 3G network while Ufone added 300,998 customers for its 3G services.

Zong was able to convert 250,958 customers for its 3G network while another 54,206 new customers started using its 4G services during the reported month. 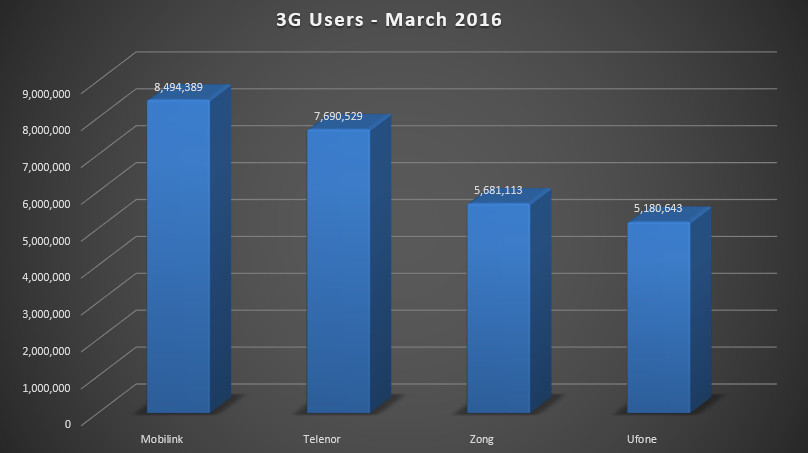 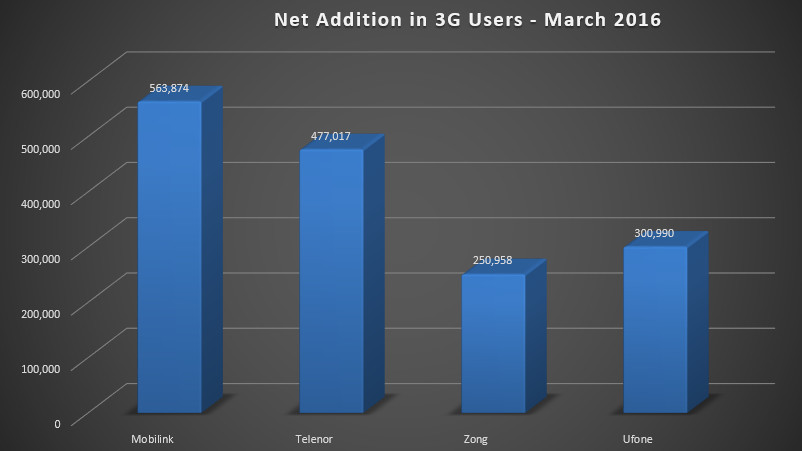 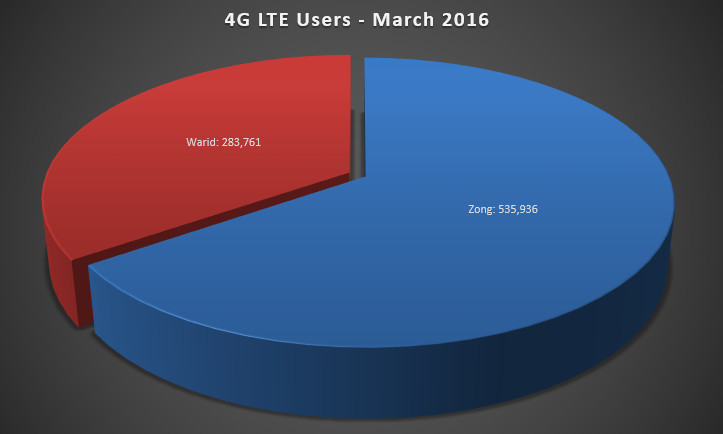