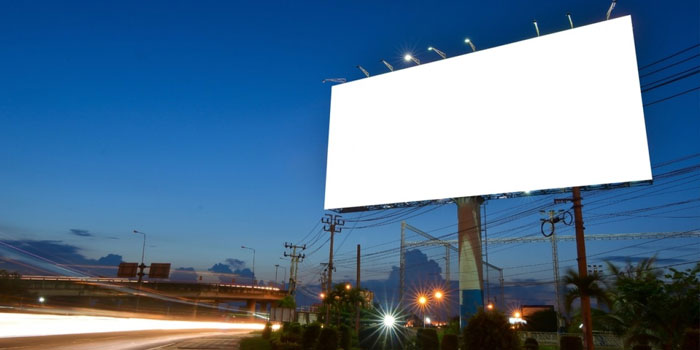 The Supreme Court (SC) of Pakistan has decided that there is no law which permits the installation of outdoor advertising billboards and signboards on any of the public property. Following this, it has ordered the Karachi Metropolitan Corporation (KMC), all the cantonment boards and the Defence Housing Authority (DHA) to remove any billboard constructions or hoardings across Karachi by the 30th of June 2016.

The court has also asked the additional attorney-general, Salman Talibuddin, and provincial advocate-general, Nisar Ahmed Durrani, to conduct meetings with civic agencies. The meetings will be used to finalise the amendments for any bylaws which can be used for anything other than ‘public properties’. This will help achieve city-wide uniformity and additional safety of the citizens. Talibuddin has ordered to present this report to the court within one month.

Billboards have to be taken down within 15 days if not permitted or leased, otherwise they have to be uprooted by June 30th

Details about the Supreme Court Directives

The directives, regarding the case of outdoor showcasing of ad billboards and hoardings, were issued by the three member larger bench, headed by Justice Mian Saqib Nisar. Other members were Justice Amir Hani Muslim and Justice Khilji Arif Hussain.

During the proceedings, Talibuddin presented a report of a meeting held in the commissioner’s office to finalize a citywide uniform standard for the installation of any billboards. The report mentioned all of the stakeholders who attended the meeting, all of the proposed amendments for bylaws regarding billboard sizes, positing and other related stuff.

The panel asked Durrani about the viewpoint of the Sindh government on the issue. He said that the government does not allow the installation of any billboards or hoardings on public property. He was seconded by Talibuddin regarding the misuse of public properties.

The judicial panel’s decision states “There is no law which permits KMC, [district municipal corporations] DMCs, cantonment boards or any other agency in Karachi to install billboards or hoardings on a public property.” It adds “such an act on the part of [the] permission-granting agency is against the civil rights of the citizens”.

2-Week Deadline to Take Down Hoardings on Public Property

Any billboards or hoardings on any public property have to be taken down within 15 days if there is no lease or permission. If such advertising boards have been licensed or leased, then the last date for their removal is June 30th. The term ‘public property’ includes roads, sidewalks, islands in the centre of a road or service lane, overhead bridges and underpasses, overhead pedestrian walkways or bridges, roundabouts, green belts or dividers between a road, pedestrian lanes, nullahs (storm water drains) and the banks of nullahs.

The decision would definitely be appreciated by the citizens of Karachi. It might even be just the beginning, as more citizens might file similar complaints in their own cities once it has been implemented. However, brands and advertisers will not be too happy to hear such a decision as one of the advertising platforms is being removed from the biggest city of the country.