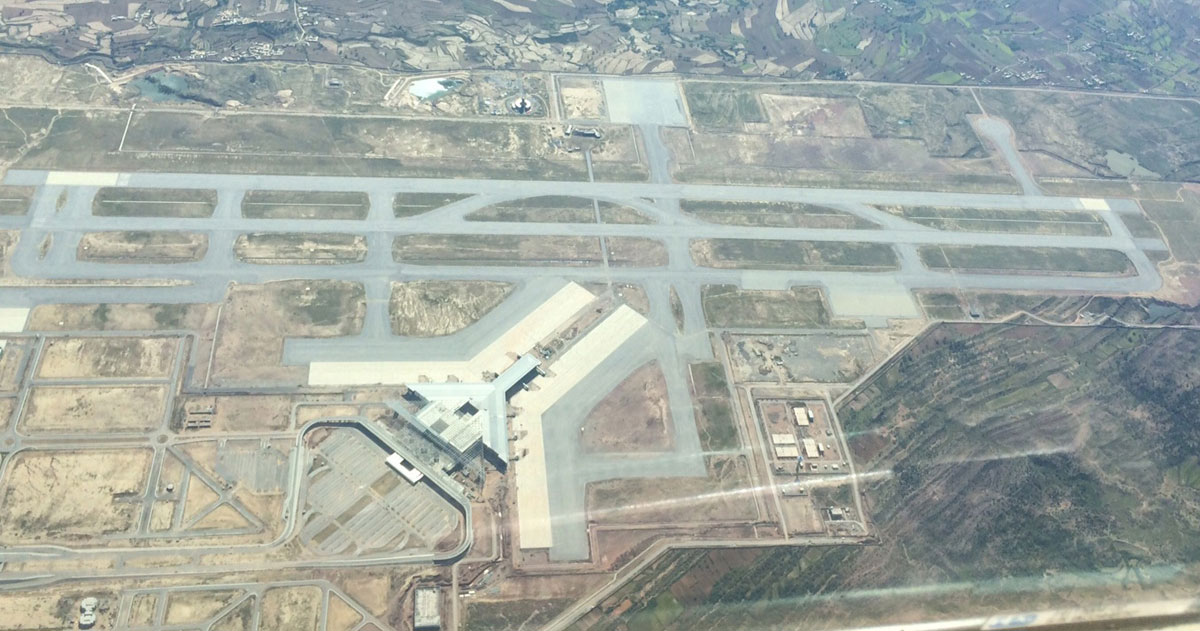 We recently saw the Civil Aviation Authority (CAA) admit to design flaws in the new Islamabad Airport and most of the blame was put on the international firm which made the design recommendation. However, new information reveals unbelievable facts about the people behind the disaster, i.e. new Islamabad Airport.

None of the Engineering Consultants for the airport have an engineering degree.

What may seem like a far-fetched joke is that one of the consultants is a homeopathic doctor. A medical doctor would have had no clue of the workings of an airport, let alone a homeopathic one.

Furthermore, the rest of the panel consists of simple graduates or a few people with certificates in electrical or civil engineering. All of these 12 people were hired as Project Management Consultants (PMCs). The lead Project Manager doesn’t hold an engineering degree either, but a Master’s degree in Business Administration. The consultants have no relevance to an advanced and technical project like the construction of an airport.

Inefficient understanding of the consultants cost an extra Rs 19.3 billion

According to the report presented by the DG Audit (Works) to the Public Accounts Committee (PAC), the lack of knowledge of these PMCs caused an overrun cost of Rs 19.39 billion to the project. That’s the money the public pays in taxes, wasted on novices who were hired as consultants. The audit report says that the estimated costs were Rs 36.8 billion. However, payments of Rs 56.25 billion have already been made.

Auditors note “different packages were awarded without due consideration… lack of coordination in execution of package and unsatisfactory performance of PMCs” which led to the poor execution of the project. A statement regarding the meeting of the departmental accounts committee (DAC) in February says “project management consultants failed to perform its contractual role with regard to coordination and execution of work on site.”

Read More: The Design Flaw Which Made The Islamabad Airport a Disaster

The Qualifications of the Consultants

Project Manager Bruce A. Thompson, holds a master’s degree in Business Administration. The matters of material engineering are handled by Basrullah Jan, a homeopathic doctor and a graduate in Arts. Planning consultant Atif Saeed is a B.Tech graduate from Preston University, which is not even recognised by the Pakistan Engineering Council (PEC).

The only verified engineer in the PMCs was a 76-year old engineer, Robert Fluhr. He had a BSc in Civil Engineering. The veteran retired from consultancy in 2012 but was brought back in 2014 for a short while before he left again. Engineering representative, James McClung’s degree was not even traceable, states the report.

The Dangers and Recommendations

The audit report recommends the Public Accounts Committee to “fix responsibility against the persons responsible for the improper planning and inefficient execution of work.” The PAC will discuss the audit report at the next meeting.

None of the consultants had any advanced qualification which would be required from an engineering consultant or a project manager for a complex project like the establishment of an airport. Not only was this ignorance responsible for flaws in the airport’s design, it has wasted billions of rupees of the tax payers’ money. Another point to consider would be the safety of the passengers since business managers and homeopathic doctors were the designers and engineers of this project.