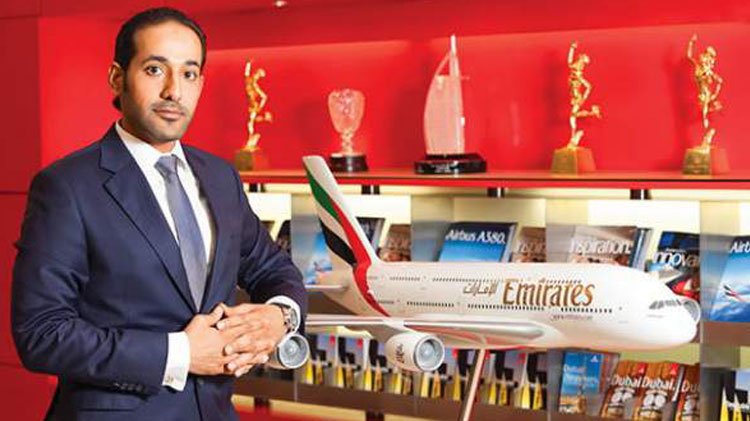 Jabr Al-Azeeby has become the new country head of Emirates Airlines operation in Pakistan. He is replacing Khalid Bardan who served four years in Pakistan during which he grew their business significantly with the addition of new destinations and flights.

Al-Azeeby was Area Manager for Thailand and Indochina for Emirates airline previously. He began his career as Emirates Area Manager in Uganda and worked in that market for 3 years before moving on to a new position as Country Manager for Cyprus.

Mr. Al-Azeeby brings with him extensive experience in the aviation industry, which spans over eight years. He has a track record of successfully uplifting the airline’s operations in challenging markets. Jabr, who commences work in his new role this month, replaces Khalid Bardan, who has now joined Emirates’ SkyCargo team.

“I’m delighted to have been appointed as the new Vice President for Pakistan and I’m looking forward to working with the local team, as well as our trade and corporate partners  in further developing the Emirates business in the market,” said Mr. Al-Azeeby. “My primary focus in the Pakistani market will be to continue providing our customers with world class travel services and value for money, as we connect them to more than 150 destinations across the world.”

In another new appointment in Pakistan, Tariq Obaid will become the Regional Manager for Emirates airline’s operations in North Pakistan.

Obaid started his career with the Emirates Group in 2007 as a college work placement trainee in the Flight Operations Centre. He progressed to join the Emirates Group’s commercial management program and took on various roles as Sales Manager in both Libya and the Kingdom of Saudi Arabia’s Dammam station, and Country Manager for Sudan. His previous position was as the Country Manager for Algeria.

Pakistan was the first country Emirates flew to 30 years ago. Pakistan has become the fourth most widely served country with 85 weekly flights to six cities including Karachi, Peshawar, Islamabad, Lahore, Sialkot and most recently Multan.

Karachi was the airline’s first route in 1985 and Emirates operates 49 flights to the city each week. Flights to Peshawar were launched in 1998, and in 1999 both Lahore and Islamabad were added to the Emirates network. Flights to Sialkot began in 2013 and most recently Multan operations were commenced in 2015.

The Emirates Group employs over 4,000 Pakistanis across its business divisions, including 86 Cabin Crew, 17 Pilots and a team of over 230 based in Pakistan.