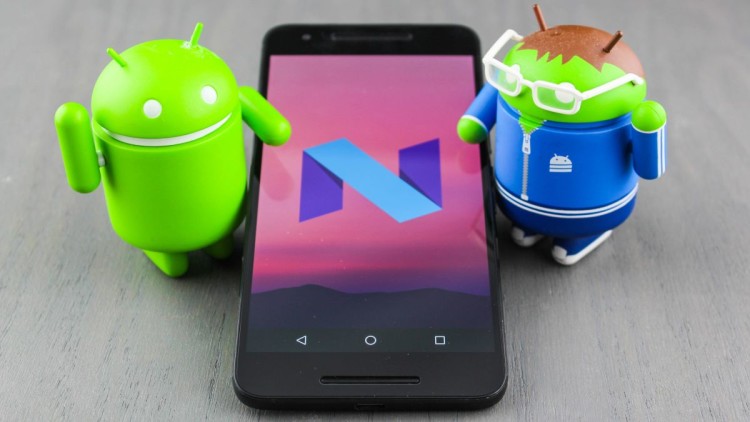 Contrary to its usual release methodology, Google is now releasing more info about its upcoming products than it usually does, even before the name for Android N is finalized. They’ve released two developer preview versions this year already and are now going to release a “beta-quality” build which they claim is ready for regular usage.

The beta can be downloaded if you happen to have a Nexus device which should be as recent as the Nexus 6 or a Pixel C tablet.

Here are 7 new features of Android N that you need to know.

With the release of the productivity focused Pixel C tablet last year, Android felt lacking in the split screen multitasking department. Android N is fixing things by adding this functionality. The feature is available on phones too and can be used by pressing and holding the task switch button.

Some apps do not work in multi window mode but others like Twitter work normally, although they may show a warning of “may not work”. You don’t need to necessarily update your apps to use this feature. 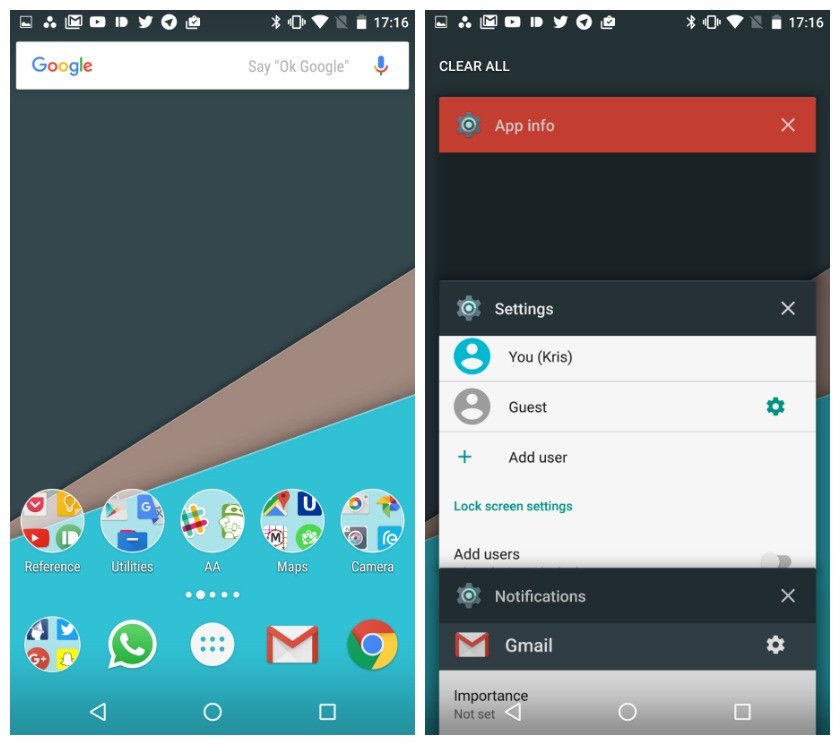 Double tapping the task switch button will let you switch instantly to your last used app. This is called Quick Switch and it’s very similar to the regular Alt-Tabbing in windows we may be used to. Besides Quick Switch, a Clear All button has also been added to the recent apps screen in case you have you don’t want to swipe each app off one by one.

Notifications can also be configured from the notification shade by long pressing on a notification and configuring how you’ll receive notifications from that particular app. You can either silence them or block them completely if you want. 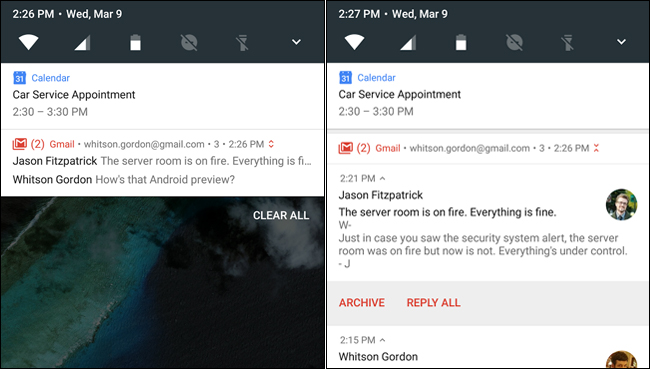 Quick toggles are also available differently now. Instead of swiping down the first time to see the notifications and then a second time to access quick settings, swiping down once on Android N will display a row of five quick setting icons with a second swipe displaying the rest.

The five quick setting icons are customizable, so you can set which ones you want to see the first time you swipe down, depending on your use.

It has also been revamped, with the top now showing things you may not have done yet, like setting up your Google account, or general email. The individual settings also show bits of information according to their category, which can help you save time. For example, you can see the data settings or your storage capacity or your Wi-Fi settings without going inside and hunting the appropriate place in the category.

One more change shows settings that are constantly on every time you enter the settings menu on top of the list. For example, turning on the Data saver feature will show a toggle at the top of the list which can be swiped away like a regular notification.

Google is launching a new Android powered platform known as Daydream, as the successor of its Cardboard VR initiative. For that you’ll need a certified phone with the right specifications.

It will work with a new VR mode built-in in Android which will improve performance inside the headsets.

For now though, Google is showcasing a reference design with a simplistic wireless motion controller. Companies can make their own Daydream-standard headsets, with HTC, LG, Xiaomi, Huawei, Samsung, ZTE, Alcatel and Asus already on board with this.

Google is also working on VR ready versions of its own apps, such as YouTube or Photos. It’s also going to collaborate with partners such as Netflix and Ubisoft.

The stock Google keyboard now has a lot of themes available for it. You can customize the colors, add borders (or remove them) between the keys or set up a picture as the background for the keyboard.

Every version of Android released by Google promises performance increases in various areas. Android N will be adopting a graphics API called Vulkan, which is also being introduced in PC gaming. It basically makes visual performance better on tablets and phones.

Google has also added a new JIT compiler which will increase battery life while also decreasing app sizes (which was a problem for some of us) by 50% while decreasing the installation time by 75%.

The emoji set will be updated to give the original blob like emoji a more uniform appearance. 13 new emoji have also been proposed by Google to add to its Unicode Consortium, which will represent professional women in the universal character set.

What is your favorite new Android N feature? Let us know in the comments below.