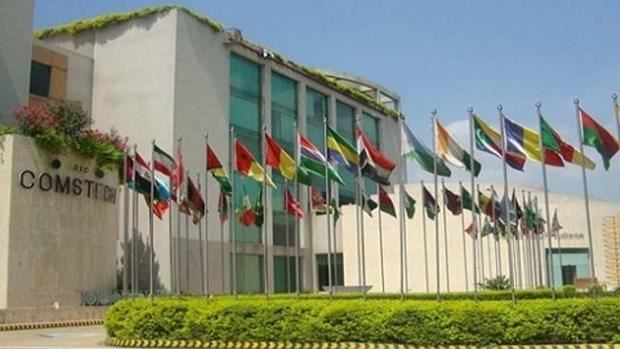 The 15th session of the COMSTECH General Assembly of the Organization of Islamic Cooperation (OIC), started from Tuesday in Islamabad. Some 57 Muslim member states are in attendance. The OIC will propose a ten year plan worth $2.1 billion comprising initiatives for promotion of science and technology.

President of Pakistan Mamnoon Hussain, who is also Chairman of COMSTECH, inaugurated the session which was attended by Secretary General OIC, President Islamic Bank, over 20 ministers from 57 Muslim States, besides hundreds of observers.

The OIC Ministerial Standing Committee on Scientific and Technological Cooperation (COMSTECH) has been mandated to undertake follow-up actions and implementation of OIC resolutions, and to contribute towards strengthening science and technology capacity of OIC member states.

Since its inception, COMSTECH has taken several initiatives for promotion of science and technology through mutual cooperation, collaboration and networking of resources. These include capacity building through advanced training courses in Emerging Science and Technology fields as well as Design of Science, Technology and Innovation Policies, Research Grants, Travel Support to Scientists from OIC States, Institution Building, Literature Search Service and Awards for Young Scientists.

COMSTECH has implemented several programmes to achieve its goal of building Science and Technology capacity in OIC Member States. Since 1988, COMSTECH has financed a total of 572 research grants worth $ 5.531 million for scientists and researchers in 37 Member States.

COMSTECH conducted 46 Thematic Workshops in Emerging Fields of Science and Technology in Islamabad for 1220 scientists from 28 OIC Member States. 13 Training Workshops were jointly organized with INWRDAM, Jordan for 404 scientists on critical issue of Water management.

COMSTECH has prepared “the 10 Year S&T Plan of Action for Development of Science and Technology in OIC states” in consultations with 57 eminent scientists invited from 20 Member States.

The document emphasizes that while science and technology provides means for societal change, it cannot flourish in an environment where majority of the populations remain deprived of education, sufficient food and basic infrastructure including water, energy, sanitation, health, information and communication technologies.

COMSTECH Signs Agreements with Other Countries for Knowledge Transfer

COMSTECH has signed an agreement with the Lindau Nobel Council, Germany, for sending 20 OIC scientists every year to spend a week with Nobel Laureates. COMSTECH will provide Euro 2,500/- per participant, 50% of the total cost. COMSTECH has signed Memorandum of Understanding with Iranian Research Organization for Science and Technology (IROST) for exchange of postdoctoral fellows, holding annual exhibitions and regional workshops/ conferences annually to facilitate knowledge transfer.

Drafts of MoU are under preparation with other organizations such as International Institute for Applied System Analysis (IIASA) in Austria, European Organization for Nuclear Research (CERN) inGeneva and with International Nuclear Fusion Research and Engineering (ITER) in France.

The meetings are expected to endorse the ten year plan of action prepared by COMSTECH for the promotion of STI, which will be placed in the Summit of the OIC Heads of States for consideration. The Summit shall be held in Astana, Kazakhstan, in 2017.

President Mamnoon Hussain addressed the inaugural session and stressed the need to focus on research in science and technology for the benefit of the country.

The President said peace and development can be promoted by gaining self-sufficiency in food, water and electricity through science and technology.

He said as compared to developed world, our budget allocation for science and technology is mere 2.4 percent. He underscored the fact that now is the time that the budget of research and development be increased.