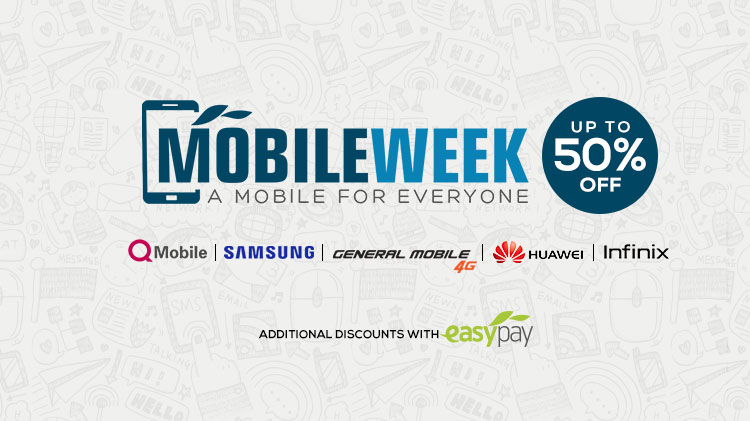 Daraz.pk’s Mobile Week has broken all phone sale records as the ecommerce firm claims to have sold over 5,000 phones with-in first hour of sale going up on June 20th, 2016, said a statement issued by the company.

Daraz said that it received over 2 million visits on the website during the week and sold 21 times more phone in one day compared to a regular shopping day.

The shopping frenzy started at 12 am on June 20 and there was an influx of thousands of people out in the battle field to avail the best phone deal; with the Samsung S7 deal completely sold out during first 60 minutes.

“At midnight, as we celebrated leading to the countdown, we knew that this would be a sale as big as Black Friday and we were very excited to bring another revolutionary sale event to our customers. The hype for Mobile Week had been building much before the sale began, and once the deals were revealed the vibe went from electric to ecstatic,” said Saman Javed, Head of Communications Daraz.pk.

Daraz said that shoppers enjoyed deals on all phone brands, availing Rs 14.3 million worth of discounts from the company.

Daraz said that sold a large number of Samsung S7 handsets, which was available at a price Rs 20,000 lower than market price, Infinix and QMobile phones flew off the virtual shelf and the latest phone launch, General Mobile 4G dual, was a massive hit.

Daraz’s collaboration with EasyPay during Black Friday had established EasyPay as the staple method of prepayment for online shopping. The payment solution was a big hit again – 55 times more people opted for Easypay debit/credit card option, compared to a regular day this was a clear demonstration of more reliance and trust in online shopping.

Daraz.pk promised to be back again next year with an even bigger Mobile Week.

Below is an infographic that Daraz shared with on the Mobile Week Sale: