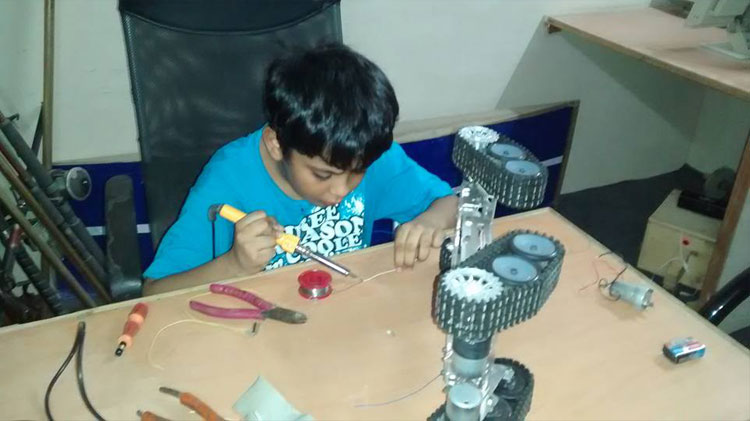 Microsoft has said that Bilal Ahmed, 11, has built his own military grade drone while working at Microsoft Innovation Center in Karachi.

According to details, Bilal converted a QR X350 drone into a military grade drone that can fly up to a height of 1500 feet and bears capabilities that are similar to those used by security and defense agencies.

Drone — that’s made up of aluminum — has a camera that can take photos and capture videos.

Bilal was able to pragmatically control drone in a way that it can reduce turbulence and is self-stabilizing.

Not only this, the drone can take off and land automatically using its in-built GPS. Live telemetry data and graphs can be viewed on a radio controller for post flight checks.

Bilal, who is a student at The City School in Karachi, has reportedly made several robots on multiple platforms before this.

Microsoft has said that Bilal was able to develop this drone under mentor-ship and while working at Microsoft Innovation Center in Karachi. “He used to come and work after his schools”, said Microsoft.

Company said that Bilal used tools such as Raspberry Pi 2, Visual Studio and Windows 10 IoT Core for the development of his drone.

“Bilal hopes to one day develop a Bionic Suit which is a type of external robotic suit that helps paralysed people walk again, and also allows people to do more work using less effort and power”, said a blog published by Microsoft.