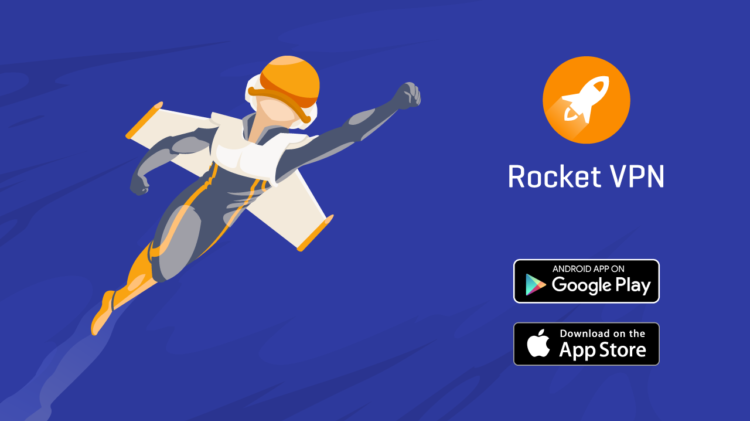 Pretty much everyone is familiar with VPNs in Pakistan, owing to the extended ban on Youtube which was only lifted earlier this year. That’s not the only use case for VPNs though. Whether it’s a need for anonymity, accessing blocked content or bypassing regional restrictions, VPNs are often a simple solution for the average internet user.

However, the most difficult decision to make is “Which VPN app do I use?” To answer that question, today we take an in-depth look at one of the most famous VPN solutions available for mobile devices – Rocket VPN.

Like most VPN solutions, Rocket VPN is easy to set up. Simply download, install and you are ready to go. As soon as the app is launched, it brings up a connection request, asking the user to allow Rocket VPN to monitor network traffic.

If you are using Android 6.0 Marshmallow, you also have to allow the app to gain access to certain permissions like your device’s storage and location. 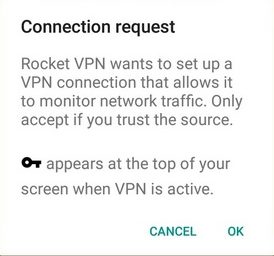 If you are on an Apple device, launching the app asks for certain permission just like on Android Marshmallow. These permissions are necessary for the app to perform correctly.

The feature-rich Rocket VPN app comes with a clean and tidy interface. Like other Liquidum apps, the UI is great, the color combinations are nice and transitions are smooth. It does not fully comply with Google’s Material Design language but still manages to offer everything in a clutter-free interface.

The main page shows an option to choose your virtual location and a connect button. Clicking on that brings up a rocket-man ready to take off, followed by a blast off and a notification confirming the VPN connection.

Despite the simplicity of the app, it comes with boatloads of features for a VPN app.

We have all been there when we look for a video or go to a website and it says it’s not available in your country. Like other VPN apps, Rocket VPN also gives you access to geographically restricted content. Whether it is Netflix or YouTube, you can access it by selecting the appropriate virtual location. 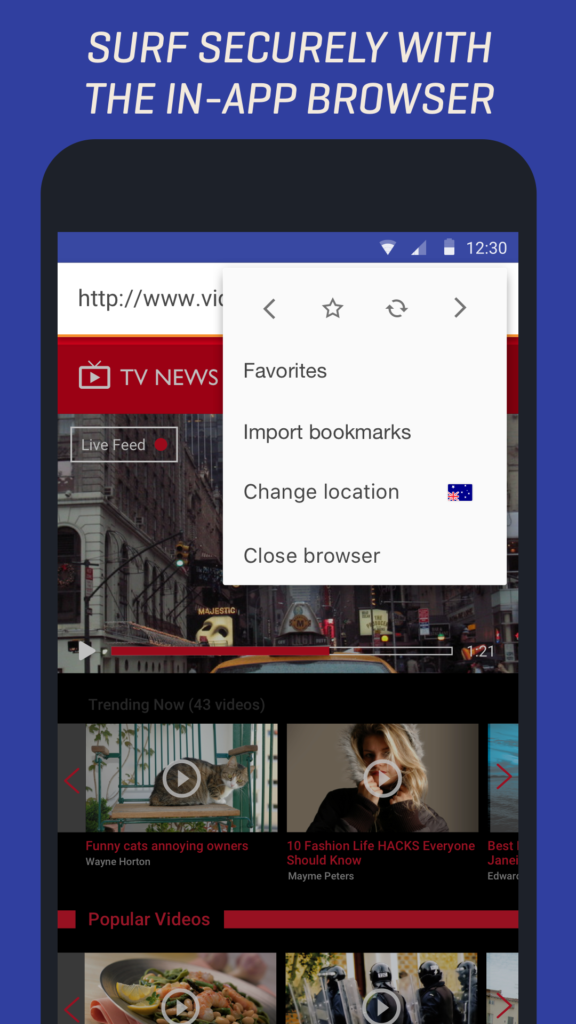 Rocket VPN comes with a built-in browser. On the main page, when you scroll down you get an address bar and a virtual location selector. This makes it easy to view certain websites anonymously instead of creating a virtual connection for everything.

Scroll down further and you get to the app launcher. It’s a nifty utility to unlock certain apps. If WhatsApp, Viber, Skype, YouTube, Google or any other app is blocked in your country, you can launch the app directly from the Rocket VPN interface.

Once you choose an app, you can then select your desired virtual destination. Once that’s done you can create a shortcut or launch the app from Rocket VPN and it will work as if it is being run from your desired location.

The company claims that they do not store any sort of user information and not even third party service, like ad providers, can spy on the user’s private data. However, anonymous usage data can be accessed by the ad providers like Google.

Rocket VPN comes with 500 MB of free data per month. You can use that data to surf the web or watch videos; whatever the users want. At the end of the month, the data limit is reset again. However, data remaining from one month cannot be carried over to the next month.

Users, who want more data or ad-free experience, can opt to buy the premium subscription which comes with unlimited bandwidth.

We tested the app on multiple connections and noticed that it slows down your connection by about 40% for downloads and 80% for uploads. The results are for the US based server. Choosing other locations has slightly better results but nothing too exciting.

Rocket VPN is available for download on both Android and iOS devices.

If we sum up all this in a few sentences. We can say that the app offers some very unique features and has an excellent interface which makes it very easy to use. The connection speeds and virtual IP choices are adequate while the customer support is also easily accessible.

However, the only major downside is the 500 MB limit, which might be less even for light users.

With the abundance of secure and free VPN providers, Rocket VPN will need to offer a bit more for its free (ad viewing) customers to compete with the free competitors.