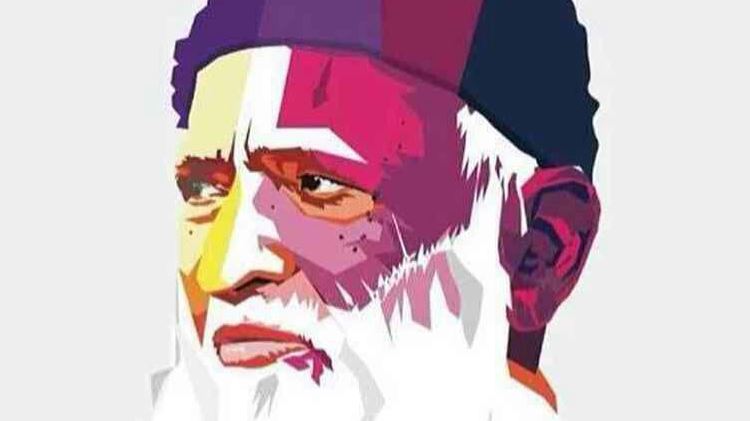 Renowned humanitarian, social activist and the man behind the world’s largest ambulance network, Abdul Sattar Edhi recently passed away after a long battle with kidney failure.

His frugal lifestyle and commitment to the unfortunate people of Pakistan have earned him the admiration of people globally.

His death has left a huge irreplaceable void in the hearts of Pakistanis. Many people, dignitaries and brands remembered the man that Edhi was, all in their own unique ways.

Here are some of the ways they celebrated the undying icon that was Edhi Sahab, on social media:

The celebrated newspaper cartoonist Sabir Nazar honored Edhi Sahab with this gem of a piece:

Asad Umar from PTI capitalized on the Wall of Kindness approach to deliver this tribute to Edhi Sahab:

great work done by our F10 team changing a dirty wall of a school building to a "wall of kindness" pic.twitter.com/xHXPYfJUQ0

Pakistan Cricket Board (PCB) decided to immortalize Edhi with this cricket kit:

Google Inc. also remembered the life and death of Edhi Sahib on Google.com:

There are calls for making July 8th the National Charity Day, in memory of Edhi and his magnanimous spirit of giving back to the people:

To Give a Tribute To #Edhi Sahab Every Year 8th July Should Be Celebrated As National Charity Day. RT If You Agree pic.twitter.com/WCcnlwHyjk

Pakistan’s artist community wasn’t far behind in celebrating Edhi and here are some of the most visually brilliant pieces that they did:

What a beautiful, beautiful photo. Made my eyes water, my heart fill with respect & awe for #Edhi once again. pic.twitter.com/2oG26s92TP

I don't think we'll find a better illustration than this. pic.twitter.com/t0GOk6KRPc

Sir Abdul Sattar Edhi, u r a living legend!! may u soon get back to the bst of ur health!! #Edhi #legend #Pakistan pic.twitter.com/qN0gYHRwfk

An #Afghan artist #HamdullahArbab paints a portrait of #Edhi to tribute him for his Humanitarian works.@a_siab pic.twitter.com/eTACGobdDL

The State Bank is also planning to issue commemorative coins that celebrate Edhi and his achievements:

Abdul Sattar Edhi took care of the country’s poor and the unfortunate when no one could. What better way than to carry forward his mission of caring and compassion than by donating to the Edhi Foundation. Its the least we can do to honor his memory.