Traditionally bricks are made using clay and heated for days at a kiln at around 1000 degrees celsius. This process produces a lot of Carbon dioxide and is directly responsible for 8% of global carbon emissions.

A North Carolina based startup, Biomason, aims to manufacture bricks without heat or clay. The company’s cofounder Ginger Krieg Dosier claims, referencing information from the Environmental Protection Agency (EPA), that their brick making procedure not only has zero carbon emissions, it also reuses the water used to make the bricks.

Biomason was founded in 2012 by Ginger and her husband Michael. The building materials company makes bricks from scratch without any heat and clay by using sand and micro-organisms. 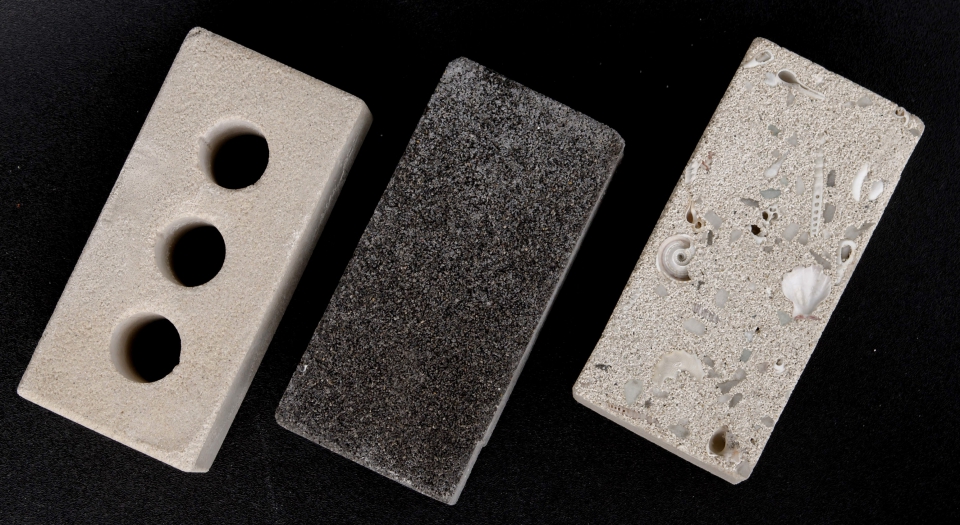 The process is similar to how coral reefs are formed in nature although instead of millions of years it takes 4 days to complete.

The sand is packed into a rectangular mold, which is then covered with bacteria. The bacteria wrap themselves around the sand grains.

Nutrient filled water is pumped through the molds which causes Calcium Carbonate crystals to form gradually.

The crystals fill in the gaps between the grains of sand completely within 4 days on average with the bricks becoming ready to use.

Are They Hard Enough?

Questions regarding the usability of this brick arise, like is it hard enough to sustain a houses? Buildings? or even bigger structures?

Entry Into the Mainstream Market

Biomason is under a license agreement with two US based manufacturers of construction material and is in talks with many more which include Europe based companies as well. The bio bricks are expected to enter the market in 2017, directly competing with regular ones.

Potential for Similar Technology in Pakistan

Part of the reason we decided to feature this startup is the dire state of brick kilns in Pakistan. You might know of the issue from Humans of New York, which featured Syeda Ghulam Fatima and her struggle to free bonded laborers. Millions of people are forced into conditions akin to slavery at kilns in our country.

A technology based solution that produces bricks with minimal human interaction could possibly lead to decrease in such inhumane practices. We encourage the government to look into similar technology since it can lead to the liberation of our working force and make our cities more environmentally friendly as well.