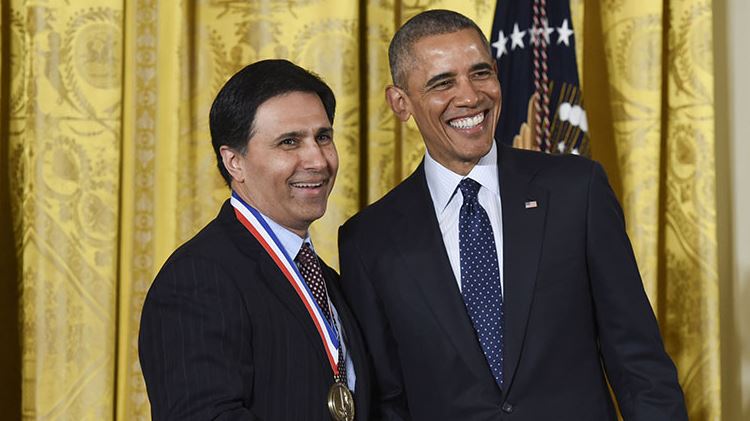 Dr. Mark Humayun of the University of Southern Carolina received the National Medal of Science from President Obama for developing a computer chip that can restore eyesight once its implanted inside the eye.

The Pakistani American received the highest honor in the field of science and technology for his work on a prosthetic which helps restore eyesight to the blind. 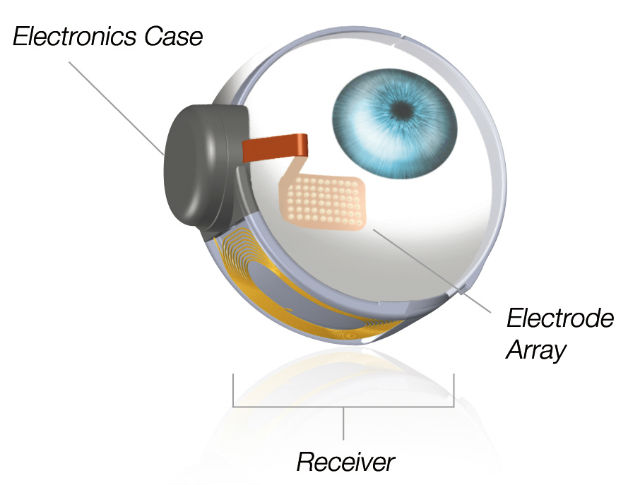 When asked during an interview with ABC7 about what it does, he replied,

“Well normally in the eye, the light is focused by the cornea and the retina lens, and sent to the brain via the optic nerve. What happens in these conditions is that the retina is damaged so it can’t sense the light. This is where the chip comes in. What the chip does is wirelessly establish communication between the otherwise blind eye and a camera, enabling a blind person to see.”

The second sight is specifically for “inheritive retinal degeneration” patients which damages the light sensing cells of the retina.

The inspiration for this work of Dr. Humayun came from his grandmother who went blind when he was studying in a medical school. In her memory, he developed this computer chip so that countless others can navigate around the world effortlessly.

Dr. Humayun mentioned that this technology was just the tip of the iceberg. Currently with limited visibility, these prosthetics can help blind people can see large objects and move around them. There’s still work needed to restore color vision for them and also reading vision which would make it easier to read small text and watch TV for example.

The number of blind people in Pakistan currently stands at around 2 million. Dr Humayun, a Pakistani-American, can do his bit to bring this technology here and help restore normalcy to the lives of millions of blind people in the country.