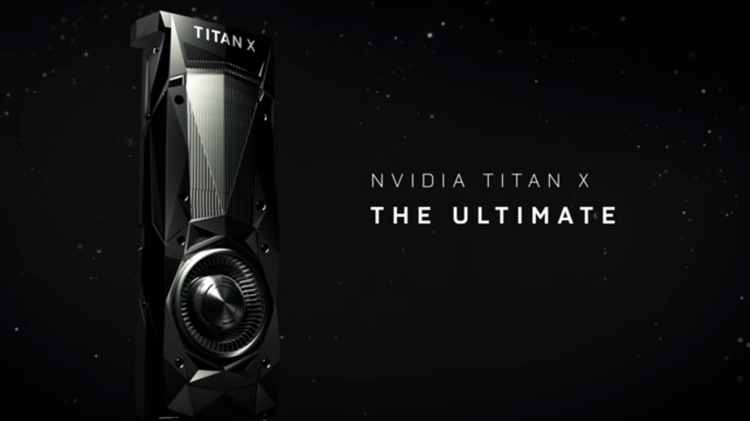 There’s further reason to believe why these are the best times for video gaming. Nvidia has announced its new ultimate graphics card, named Titan X, and once again it is about eking out the last bit of performance. 4K performance at a stable 60 fps could finally be possible.

The new card is marketed as the “biggest GPU ever built” and it is easy to see why. The card uses the new Pascal architecture which has already been seen before and according to Nvidia, could be 60 percent more powerful than the older Titan X.

The gargantuan card comes with 12 billion transistors and 3584 CUDA cores running at 1.53 Ghz. Overall you get is 11 TFLOPS’ worth FP32 (single precision floating point) performance. Alongside it is 12 GB of new 10 Gbps GDDRX5 RAM with a 384-bit memory bus with data transmission of up to 480 GB/s.

For connectivity you’ll get DisplayPort 1.4, HDMI 2.0b and Dual Link-DVI. The card will require an additional 6 and 8-pin connectors, sipping power of 250W with a recommended PSU of 600W.

The card is itself built like a monster, measuring 4.376 x 10.5-inch of aluminum and having a 2-slot width. Lastly, it supports Nvidia’s new GeForce SLI HB Bridge which doubles the transfer bandwidth.

The Titan X will be priced at a rather unexpected $1200. It is actually $200 more expensive than its predecessor Titan X though with 4 billion more transistors and 1000 more cores perhaps the difference is more than made up.

It will be launched on August the 2nd, 2016. Our calendar is looking rather full by now.