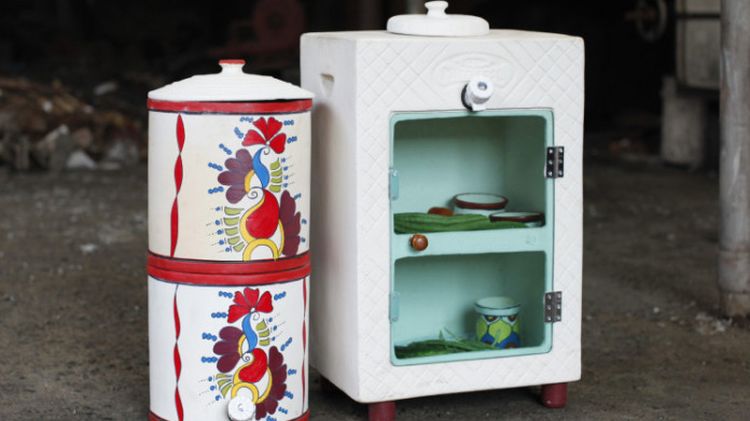 In this day and age when almost everything works using electricity, costs a lot and one way or another hurts the environment, it is difficult to believe there can be an appliance which makes none of these compromises. It is called the Mitticool natural refrigerator.

The Mitticool company was started by Mansukh bhai Prajapati, an Indian clay craftsman. He had to leave studies due to his family’s financial situation and take up odd jobs every now and then. He started his own earthen plate manufacturing factory in 1988. He started with earthen pans and went on to make water filters up until 2001.

The earthquake in 2001 resulted in complete loss of all of his stock and he was left with only a few items which he distributed amongst the earthquake victims. A photo caption where a water filter was called a fridge gave him an idea to use clay for cooling.

Mitticool refrigerator is built using clay. It requires no electricity or any external cooling energy, hence, there are no recurring costs. The refrigerator is able to preserve fruits and vegetables for days.

Refrigeration happens when the temperature is brought down and the food items are kept in a confined air tight space. It needs to be air proof and be thermally insulated from the surrounding’s temperature.

Clay is a poor conductor of heat and results in cooler internal temperature when the outside temperature is very high. Since clay is porous, water leaks and reaches the outside surface where it evaporates cooling the whole thing. In short, it is the evaporation process which results in the cooling process.

The Mitticool refrigerator has water compartments which contain water that is used for cooling. That is all that the refrigerator requires for cooling. The top compartment is built to store water. The water drips through down the appliance’s sides and evaporates from the porous clay surface, cooling the interior.

This is the same cooling technique that one of the oldest cooling appliances, an earthen pot, uses and are still used in hotter regions of the country.

There is a small tap on the front side of the refrigerator as well, so that the user can even use it as a water cooler. Mitticool testing says that vegetables can stay fresh for 4 to 5 days while milk can be stored for up to 24 hours. Just like electric refrigerators, it keeps the taste of the food intact.

When used for the first time, it takes Mitticool about 12 hours for the cooling effect to take effect. Regular refills are needed after that to maintain the temperature. However, it requires a ventilated space to allow for better evaporation enhancing the cooling effect. The refrigerator doesn’t need much cleaning, but a wash every few days keeps the pores open.

The only limitation to this fridge is that it requires hot and dry temperatures. If it gets very humid, its performance would degrade just like an air cooler. Since it is made of baked clay, it requires a bit of care as well. Drop it from a small height and it cracks.

The Mitticool refrigerator is priced at PKR 5,400 which is considerably less than what you pay for an electric refrigerator. Another upside is that there are no recurring costs like electricity charges when using this appliance. 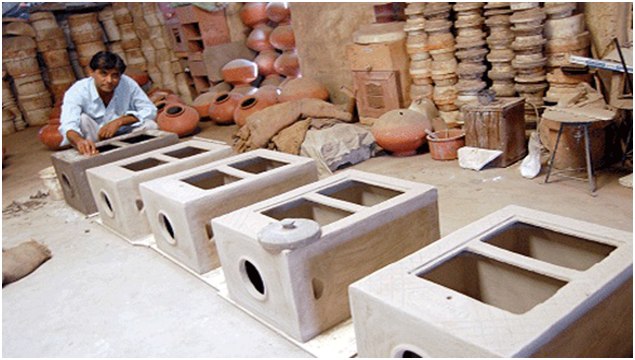 Most of Pakistan suffers from very hot summers and the temperatures continue to rise each year due to global warming, climate change and lack of trees. To put salt on the wound, there is the issue of electricity loadshedding, especially in villages.

If an appliance like this is made available in Pakistan, it could help reduce national electricity consumption and help people who have difficulty affording expensive electric refrigerators. The cheap cost plus the effectiveness of a Mitticool like refrigerator in hot areas throughout the country could be a solution for millions of Pakistanis.

While it may be difficult to import a product which is already manufactured in limited quantities even in India, Pakistan has many skilled clay craftsmen who could build the same appliance for about the same cost. All they need is the idea and the blueprints. Who knows, they might even come up with even more ingenious uses for clay in our daily life.