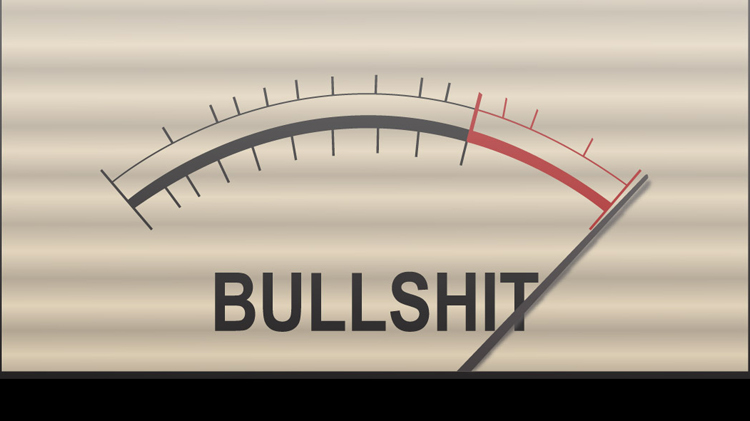 The word “bullshit” is usually classed as a vulgar term but is it really so? In today’s fast moving world, the talent to daze people with a combination of slippery words, body language and manipulation takes precedence over any intellectual straight talk.

We’ve all seen them. Sweet talkers who can placate any customer, a salesman that can seemingly sell anything to anyone, a television host who just refutes video evidence of wrongdoings and continues to rake in millions of viewers, it’s everywhere you look.

How to Identify A Bullshitter

The funny thing is that these people are self aware and know fully well that a few people around them know of the stunts they are pulling too. Has the world now become accustomed to buying a set of lies over honesty and integrity? It seems so.

Here are some of the signs to identify a bullshitter. It applies in all walks of life be it personal, academic or business:

All of us have been victim to such types of people in our lives. There’s no using logic with these people. In fact, the adage that ‘idiots drag you down to their level, then beat you with experience’ applies to bullshitters too.

Examples of Bullshitters in Real Life

I see this ever growing trend in business. The last financial crisis resulted from sets of greedy businessmen and bankers who duped people and created a mess of Biblical proportions.

Sales is another field notorious for bullshit. A sales transaction is only considered successful if its win-lose according to Dr. Covey’s definition. That kind of adversarial mindset means you will say whatever to make the deal happen and fast talking, lying and manipulation is how you achieve that.

We got ‘religious scholars’ on tv selling us the promise of materialism by way of prizes and ‘inaams’. I mean just look at the irony of that!

If nothing else, just look at the US presidential elections. Donald Trump possesses no credentials, no agenda except to feed his own ego and he has literally bullshitted his way to the Republican nomination. Whenever a policy position or argument becomes comfortable, he just flip flops, makes an outrageous claim or outright denies factual information. They should just rename him to Bullshitter-in-Chief instead of Commander-in-Chief if he wins.

Somehow, we’ve come to a point where actual work matters less and marketing, advertisement and showing that you’ve done work (even when you haven’t), pays off more. Bullshit is everywhere and the worst thing is that it actually pays off, which can put off people doing good work. In my opinion, social media has amplified the issue as well.

What we have to do is make our coworkers, bosses, colleagues and peers who are regularly infected by the “BS Syndrome” aware that they are digging ditches for themselves? Bullshit now means future pains, ruined reputations and a mess of epic proportions when things eventually go belly up.

It’s difficult to do but truth must always matter and if we simply let it slide, it’s on us.