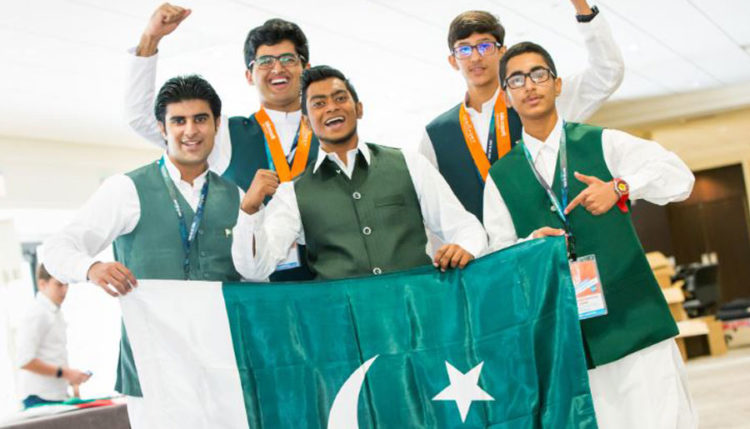 Waqas Ali, a Pakistani student from the Ghotki district, has won his second bronze medal at the Microsoft Office Specialist World Championship 2016 (MOSCW).

He won it for his expertise in Microsoft Word, PowerPoint and Excel (for Office 2013) along with a prize money of $1500.

This time, another student named Shahzaib Ishaq has also won a bronze medal and a prize money of  $1000, this one for Office 2010.

A total of six Pakistani students participated. The remaining three students were placed amongst the top 10 in the competitive world of Microsoft Olympics.

It is no different for the Pakistani participants too. Students from all over Pakistan are prepped for Microsoft Office Specialist certification where the top 118 students are selected for the national championship. The event to select the best Pakistani students was held in Islamabad in June this year.

The top six went on to make the international Pakistani team and competed at the Microsoft Office Specialist World Championship in Orlando, Florida which took place between 7th-10th August.

Wearing a white and green shalwar kameez at the event, Shahzaib Ishaq said:

I read three or four books on Microsoft Word and used two different software programs to train for the championship.

The event certainly shows that there is enough hidden talent in Pakistan and that educational institutions and the government should promote it to help them noticed around the world. After all, 6 of the Pakistanis made it to the top 10 ranking for Microsoft Office Specialist World Championship.