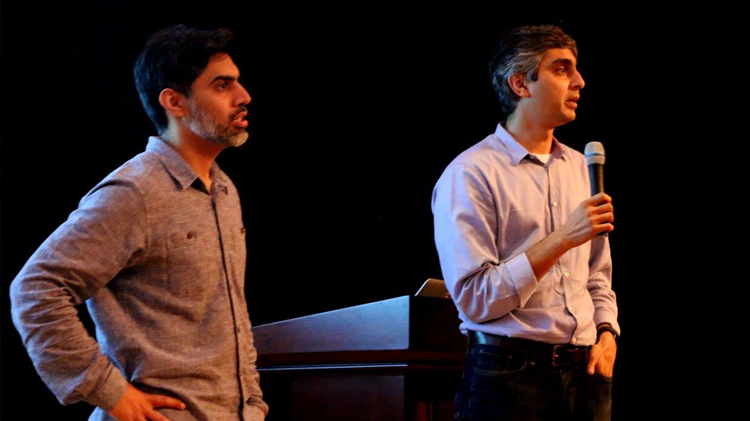 Plan9 arranged an event covering the journey of a Silicon Valley’s Entrepreneur but what made it interesting was the fact that he is a Pakistani entrepreneur.

Asim Razzaq, CEO and Co-founder at YotaScale shared his experience in building and scaling a Cloud Systems Management Company; YotaScale based in Silicon Valley and Pakistan and further continued to sharing the strategy of successful fundraising, acquiring initial customers, attracting amazing talent and succeeding against all odds.

Prior to YotaScale, Asim Razzaq was Senior Director of Engineering at PayPal and eBay where he ran the cloud infrastructure and helped build the PayPal Developer Platform from zero to a billion dollars in payments volume. He has lead engineering for multiple early and late stage startups in Silicon Valley and Austin with two of the companies exiting to Netsuite and Navitaire.

Asim Razzaq while sharing the lessons learnt across the board said:

“You have to put yourself outside your comfort zone. Decision making has to be really fast in entrepreneurship”

According to him, it is important to adopt early customers as they are the ones who can make or break your product. He believes that early adopters are thought leaders who are willing to take a risk.

“It is these early adopters who have really helped us own our product.”

He put great emphasis on making a product and not just a feature. He added that it is very important to find a problem worth solving.

Abbas Yousafzai, Co-founder and CTO at YotaScale praised the eco-system being nurtured in Pakistan:

“20 years ago we didn’t have much of a network. In the last 5 years a number of incubators and accelerators have been set up which is encouraging. Creating an eco-system won’t happen overnight, but it will happen, rather it is happening now.”

Before YotaScale Abbas Yousafzai, was the CEO and Chief Architect at Conrad Labs where he helped numerous startups scale their businesses and engineering teams resulting in several acquisitions in the cloud and software security space.

Asim Razzaq also shared his experience at Silicon Valley when YotaScale was accelerated at Alchemist.

“I have found the most selfless people in Silicon Valley in terms of mentorship.”

Apart from being a full time entrepreneur, Asim holds his family very close to his heart. He believes in coming back to home and forgetting about everything because everyone needs to recharge when their back is against the wall.

Asim gave a great deal of importance to idea validation. Before they even started writing the code, they spoke to 75 companies and next thing they know is their idea evolved. He suggested the audience to listen and not hear because when you hear you only take in what seems right to you and never incorporate the criticism.

So he suggested to listen to everything and then come back and figure out the problem that needs to be solved. He added that this is what later helps in investment and fund raising, employee traction and customer engagement.

Talking about investments, he suggested to find the right partner for each investment stage. Also most importantly he said:

“Find investors with domain expertise who believe in your idea.”

He also added not to get too hung up on equity in early stages and informed that everything that you bring to the table increases the startup valuation.

While closing the argument, he advised the audience to be brutally honest and data driven.

You can check out the event pictures here