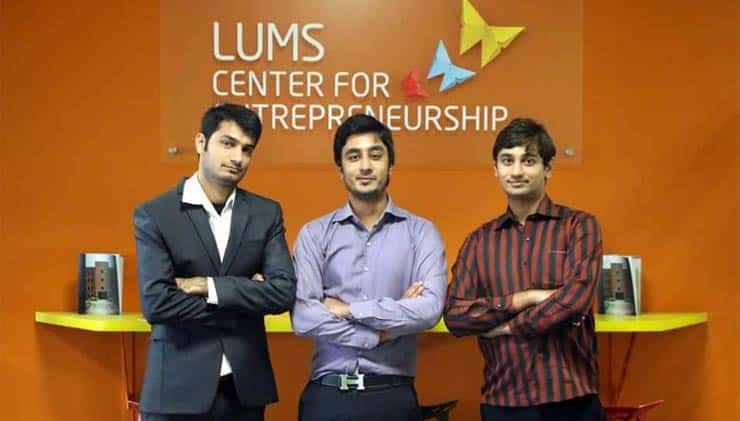 Millions of budding, aspiring young individuals graduate from business universities each year, only to end up doing boring and repetitive tasks. Not only does it waste their creative talents, but it is also demeaning to the amount of effort they have put in to get to that point in their life.

One Pakistani startup, AItomation, is working to change that by making bots do the tedious, yet necessary, tasks.

Meet Saad Ehsan, the Chief Operating Officer (COO) at AItomation, and his brother, Umair Ehsan, the Chief Executive Officer (CEO). Saad, the elder one, is a graduate of the Easter Mediterranean University and soon after his graduation, he joined Nishat— one of Pakistan’s biggest textile giants.

However, the job didn’t interest him at all as he was being made to do boring, repetitive work. As a result, he left the job and with the help of his brother— who he referred to as the “smart one” while talking to ProPakistani— started his very own startup called AItomation.

Umair, 24 years old and an engineer by profession, is a college dropout who wasn’t happy with the current education system and left it to pursue his own thing. Now, he is the CEO of one of the most promising startups to come out of Pakistan in recent months.

What is AItomation and what do they do?

AItomation is a startup that automates repetitive tasks on a computer with the use of software just like the robots have done for the industrial sector. They are different from most other companies in the field because they don’t sell products. They sell customized solutions depending on the client’s demands. They sell services.

Basically, they just ask their clients what do they want to automate. Then they come up with a customized bot that can do exactly that and requires almost no manual work at all.

For example, what if you want to get real estate data from a website on a daily basis? Normally, you would have to visit it each day but not with AItomation. They will automate that for you and everyday, a bot will get you all the required data in a neat excel sheet.

They can automate almost all of the mundane tasks that employees at businesses hate to do! They can automatically post replies on Facebook pages, tweets at regular intervals, compile a list of music videos on YouTube with more than a million views and so on.

“You name it, we can automate it,” says Saad.

They have been making it big internationally too— they have clients from all over the world, from Israel to the United States to Australia. Saad’s old employer, Nishat Linen is also a client of theirs’, one of the very first.

Initially incubated at LUMS Center for Entrepreneurship, they also managed to get incubated in the Founders Space, a Silicon Valley-based incubator that has been ranked as one of the Top 10 Incubators in Forbes.

“Not only do you get feedback on what you’re doing, but you can put that against perceptions and visions of people from all across the globe, which really helps you planning how you’re going to do work on your own startup,” says Umair about his experience at the Founders Space.

Their experience at Founders Space proved to be a big step in their journey. It inspired AItomation to change their model from one-time huge projects to medium-sized subscription projects. It was a big turnaround in their strategy and has helped them a lot in growing their startup.

Currently, they are looking to focus more of their efforts in Western markets, given the ever-increasing demand for automated solutions there. Saad believes that AItomation is more applicable to the markets of the United States and Europe. The Western countries have a lack of cheap labor and, therefore, rely hugely on automation of tasks for economic feasibility. This is exactly what AItomation is about and that is the market they are hoping to exploit in the coming days.