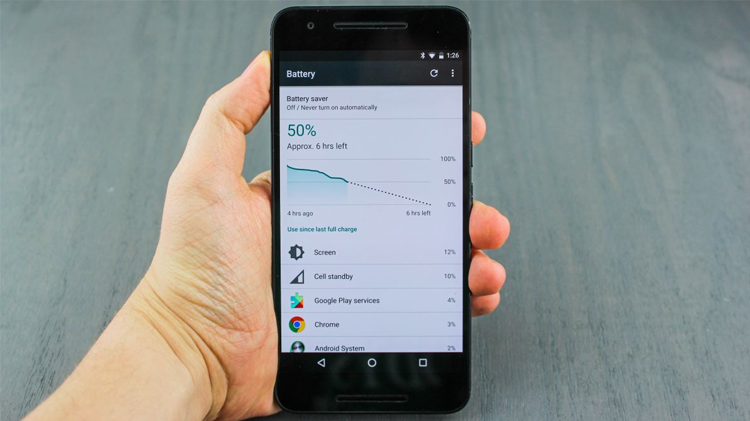 Android phones have been notoriously lackluster in terms of battery life and Google knows it. That’s why it has been working hard to fix that.

Marshmallow’s release last year brought us Google’s answer to our battery woes; “Android Doze” — a feature that tweaks Android’s performance to ooze out more battery life. With Android Nougat, Doze is more powerful than it ever was before.

What is Android Doze?

Android Doze is a feature responsible for keeping apps’ background working in check while the phone’s screen is off. Android allows apps to call a “wakelock” function so that they can keep running in the background even though the phone screen is turned off.

This, in turn, has a huge effect on the battery and this is where Doze comes into play. It solves this issue by periodically blocking wakelocks and even shutting off network access for short periods if the phone has been inactive for a long time.

Marshmallow only allowed Doze to function if the phone’s screen was off, it was not on charger and it was stationary. In Android Nougat, Google has added a lighter version of Doze that can activate even if the phone was moving. Although wakelocks are still allowed, and the phone will still search for GPS or Wi-Fi signals, Doze will be able to disable cell network access outside the maintenance windows.

On its own, Android Doze is enough for a significant improvement in your phone’s ability to last longer on a single charge. However, you can also manually tweak it to maximize your battery life as well as make sure that it doesn’t interrupt your other activities! Here’s how to do it.

How To Tweak Android Doze 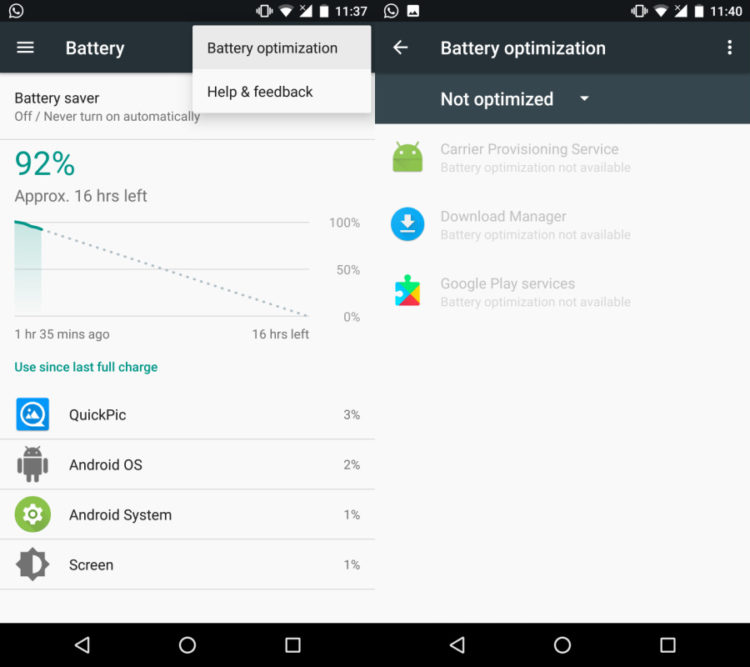 By default, almost all of the apps are set to use Doze to optimize battery use. The apps that aren’t using this feature can be found under the tab titled “Not optimized”. You can tap on any app to toggle optimization on or off.

You can also select some apps to not use Doze. For example, if you don’t want Android to limit the tracking abilities of your fitness app or face any delay while receiving your emails, you can tap on your fitness/mail app and set it to “Don’t Optimize”. 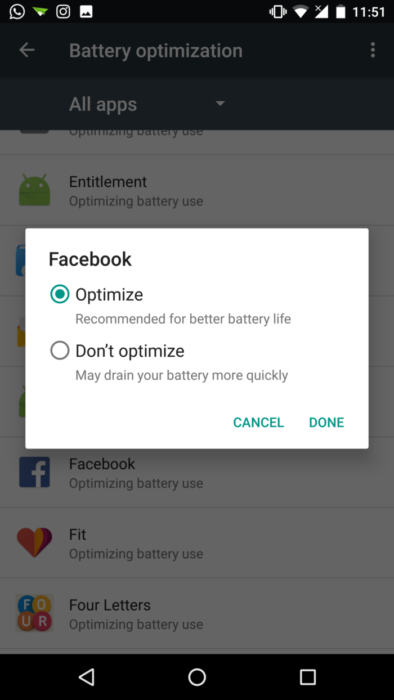 Are you using Android Doze? What apps do you put into Doze mode? Let us and our readers know in the comments below.