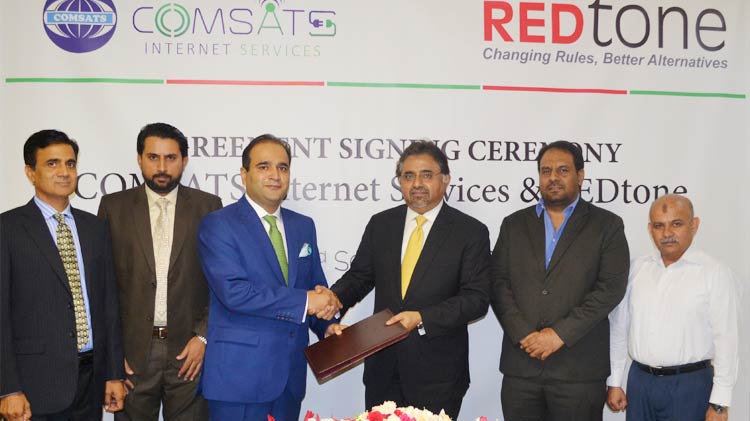 Agreement signing ceremony was held at CIS Technology Park, Islamabad on Sep 02, 2016. According to the agreement REDtone Telecommunications will connect 50 basic health units across the Punjab over satellite internet broadband services.

While expressing his views on the partnership, CEO CIS, Mr. Amir Malik revealed that “Agreement with REDtone Telecommunications will enable CIS to enhance its internet broadband reachability to distant Basic Health Units (BHU) to extend telemedicine services for the underprivileged community. Under this partnership we will further explore facilitations in education and agriculture sectors as well.”

Nadeem Yunus, Chief Executive Officer of Redtone Telecommunications stated that “REDtone has been working on new approaches to spread connectivity in Pakistan including Yahclick. One of REDtone`s latest initiative is to connect the unconnected in the remote and rural areas of Pakistan to address the health, educational and social aspirations of the unconnected world. We are proud to be associated with COMSATS Internet Services for the project of Basic Health Units in Punjab, benefiting the communities to connect with the rest of the world.”