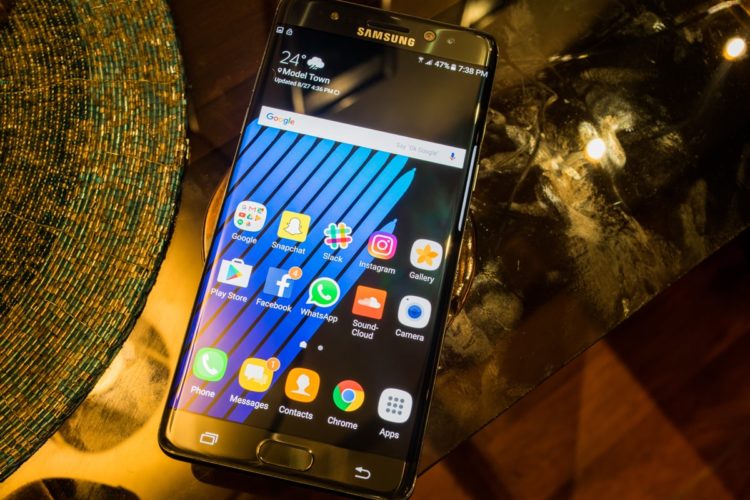 Samsung recently released its best phone yet, the Galaxy Note 7.

However, it seems that users are reporting increasing cases of their premium Note 7 phones catching fire due to a battery issue. The complaints have reached a high level, prompting the Korean tech giant to take matters seriously.

As a result, Samsung is recalling Galaxy Note 7 devices from all over the world. It is being called the most high-profile recall issue in the tech industry in the past few years. Pakistan is amongst the affected countries as well, considering it is an important market for the tech giant.

The complaints emanate from users who say that their phones are catching fire while they left them charging.

Following the increasing spate of complaints, the Korean telecoms giant said on Wednesday that it is halting supplies of the phone and carrying out additional quality testing. The company has, however, not elaborated on the source of the problem till yet.

The Samsung Galalxy Note 7, it should be mentioned, was launched in South Korea and other markets on Aug 19. It opened to rave reviews at a majority of tech blogs, owing to a good blend of style and function.

As things stand, Samsung has delayed the launch of Note 7 in various European countries such as France and Britain. USA has also seen its shipments of the Note 7 halted. This was reported by the South Korean Yonhap News Agency.

We have asked Samsung Pakistan that how is this new development going to effect the launch dates and shipment timelines locally, for which we are awaiting a response. We will update this story when we get any words from Samsung Pakistan.

Update: Samsung has released a global statement confirming the issue. The global recall has been confirmed in a press conference in South Korea, its home country. You can view the statement below:

Samsung is committed to producing the highest quality products and we take every incident report from our valued customers very seriously. In response to recently reported cases of the new Galaxy Note 7, we conducted a thorough investigation and found a battery cell issue.

To date (as of September 1) there have been 35 cases that have been reported globally and we are currently conducting a thorough inspection with our suppliers to identify possible affected batteries in the market. However, because our customers’ safety is an absolute priority at Samsung, we have stopped sales of the Galaxy Note 7.

For customers who already have Galaxy Note 7 devices, we will voluntarily replace their current device with a new one over the coming weeks.

We acknowledge the inconvenience this may cause in the market but this is to ensure that Samsung continues to deliver the highest quality products to our customers. We are working closely with our partners to ensure the replacement experience is as convenient and efficient as possible.