Pakistani TV channels are strictly directed to limit any foreign and Indian content on their channels under 10% and that 90% of aired content must be produced / created with-in Pakistan, said a circular issued today by Pakistan Electronic Media Regulatory Authority.

According to circular, Pakistani channels are asked again to remain with-in the allowed limit of 10% for foreign content that will include:

PEMRA said that this allowed time for foreign content will also include any repeat broadcasts.

TV channels are given 45 days to re-evaluate their programming mix and make sure that above mentioned SOPs are strictly followed by October 15th, 2016.

Any violations, after the deadline, will be dealt strictly, said the notice.

It maybe recalled here that above mentioned programming mix is already a rule for TV channels, however, it was not being followed. PEMRA now took the notice and decided to launch a crackdown against TV channels that are not following the rules. 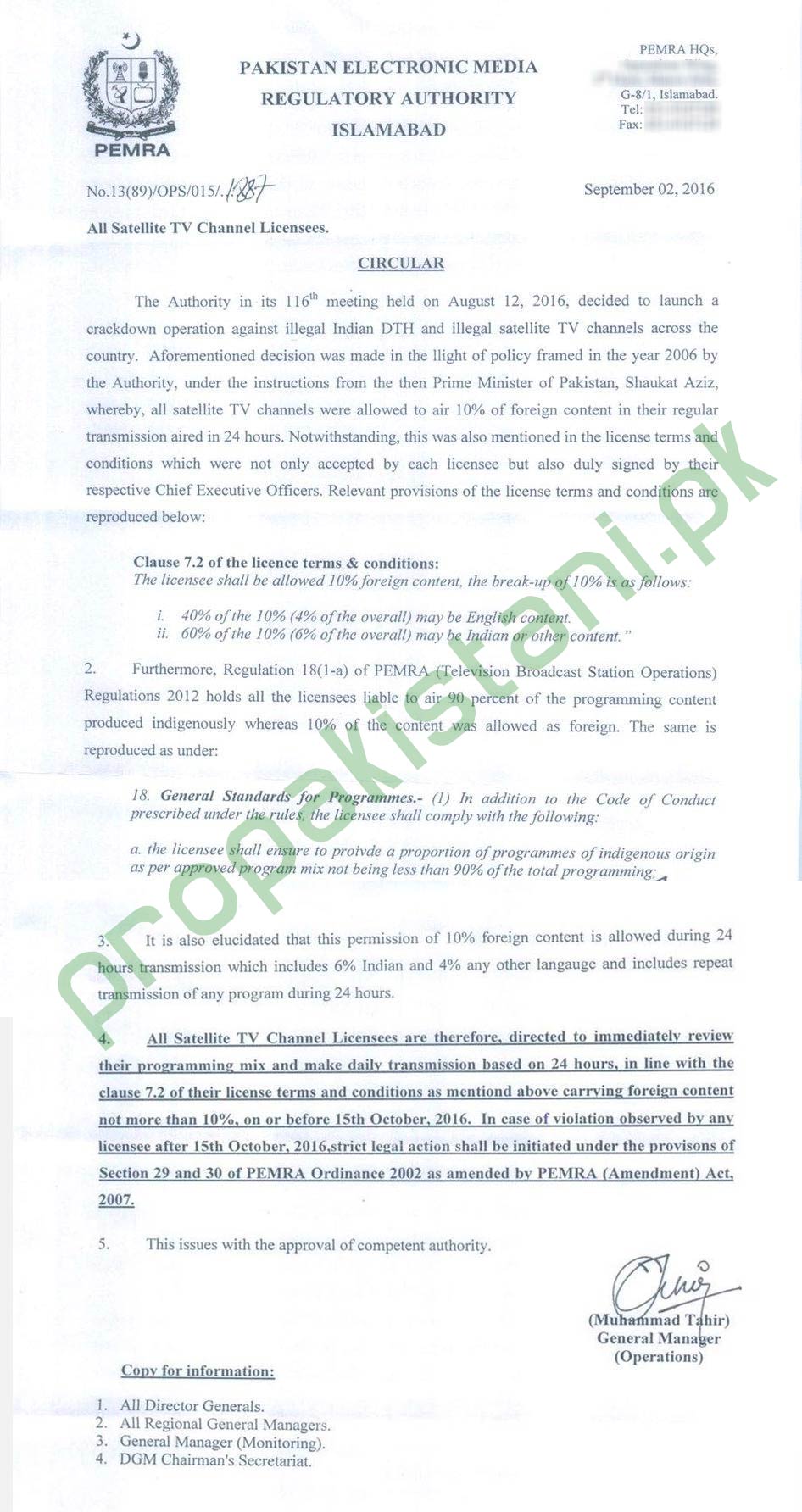