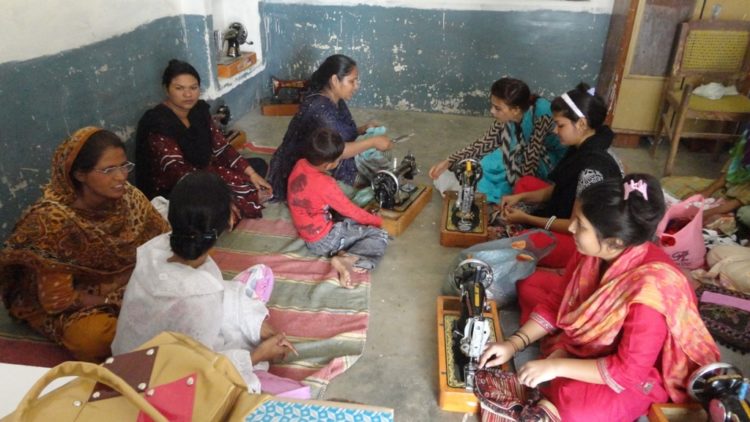 There is a distinct lack of programs to empower women entrepreneurs in Pakistan, especially those that cater to rural and disadvantaged womenfolk from all across the country.

However there’s been a promising development in this regard, with a recent project that has been launched.

Called Solar Bibi, this project strives to spread benefits of solar energy in general and renewable energy in particular across the rural areas of twin cities. By using solar energy, women can improve their financial condition and help minimize the energy shortfall situation in areas with limited electricity.

What is the Solar Bibi Project?

However, project will encompass other areas of renewable energy to help the community with various available forms of energy other than solar energy alone.

Primarily started with twin cities, the project is set to expand to other regions as well where women are forced to stop working after sunset due to the absence of electricity. Project is hoping to change thousands of lives especially that of widows who work hard to make both ends meet. 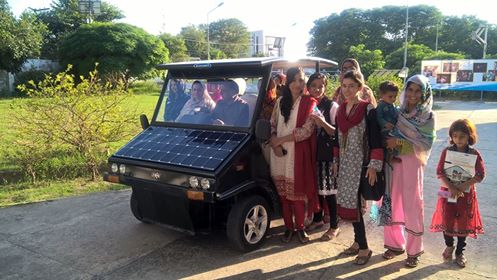 Training sessions for the program began on Saturday, with an initial batch of 50 Solar Bibis. Their training will end on Monday.

Speaking about the unique name, Fatima Anila, the E-Solar project head, said it was chosen to especially target women in the rural areas. She also added that in coordination with PCRET the ministry aims to train 1,000 Women as Solar Bibis all over Pakistan.

Addressing a Social and Economic Emergency

Ammar Jaffri, Director General (ICT) Centre of Information Technology, Islamabad said that according to the World Bank, about 44 percent of households in Pakistan are not connected to the grid and more than 80 percent of those are in rural areas.

“Our target is to provide sustainable energy to off-grid areas and we especially want to empower women in these areas through the project.” Ammar Jafri, Director General (ICT)

He also emphasized that government needs to support the off-grid solar projects and encourage people to use renewable energy sources to decrease the stress on the national grid. 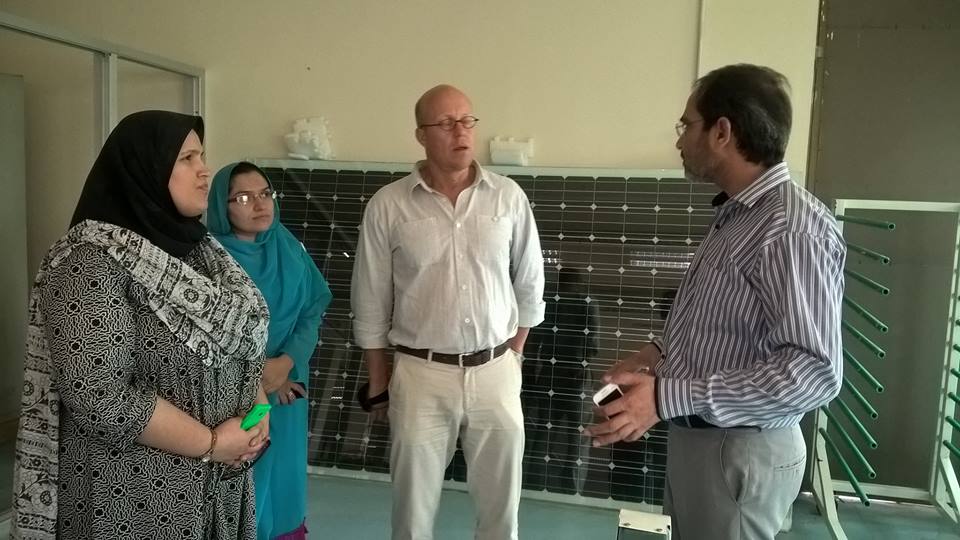 With such huge numbers, a project like Solar Bibi has the potential to transform life in the rural areas. It can address a social problem as well as lack of proper infrastructure in certain regions of Pakistan. But most importantly, it can empower a lot of women entrepreneurs from the rural areas, helping them contribute to the local economy.

This article was edited to rectify some of the information, such as it was wrongly quoted earlier that Ministry of Science and Technology was involved in project execution.