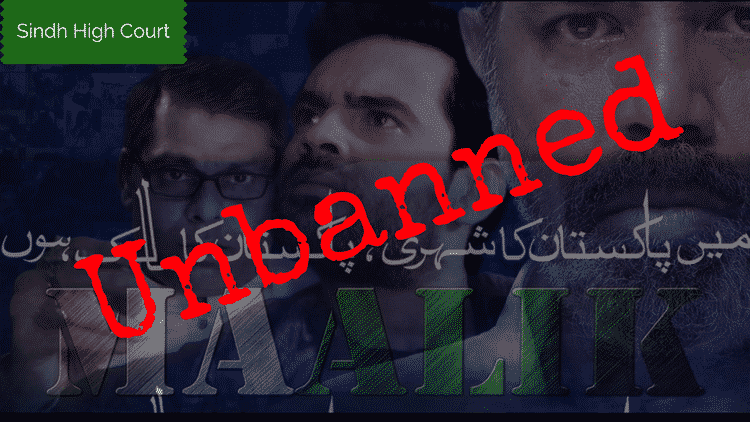 The Sindh High Court (SHC) has declared the controversial ban on Ashir Azeem’s directorial “Maalik” null and void. The movie is likely to be released again in the near future all across Pakistan.

The ban, imposed three weeks after the movie’s nationwide release, raised a lot of eyebrows about freedom of expression on social media sites. The Federal Ministry of Information declared the movie as “uncertified” and “anti-Pakistan”.

“The information ministry reserves the right to ban any film at any time. Maalik has been banned because it shows a former chief minister as a man of corruption and opulence,” a ministry official quoted Section 9 of the Motion Pictures Ordinance, 1979.

Ashir Azeem, the director behind Maalik, challenged the ban in SHC claiming that the movie was made with full cooperation of Inter Services Public Relations (ISPR). He also said that neither ISPR nor the Federal Ministry have any grounds to oppose nor any authority to do so.

The story and script of the film is not directed towards the government or the working of the government at large. The film was made with the intention to highlight the political and social issues of Pakistan.

Furthermore, he added that establishing censor boards was a prerogative of provincial governments following the 18th Amendment.

Headed by SHC Chief Justice Sajjad Ali Shah, a two-judge bench cleared the film for screening across the country after hearing arguments from film director’s lawyers and additional attorney generals.

Using social media website Twitter, Asher Azeem expressed his joy saying: “We waited patiently [and] we did not release the film illegally. We suffered but kept faith and today we are vindicated.”