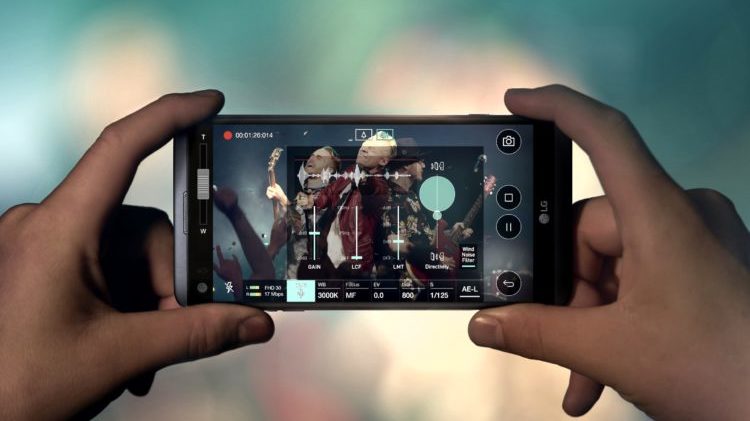 If you think about it, LG is right up there among the most unlucky smartphone makers in the market. The company has followed a very safe formula with its flagship phones featuring a non-complex interface, high-end specs and a non-distracting design, but failed to earn attention.

This year it tried to change things with the modular G5, but the end-result was an even more underwhelming. The V20 could be the place where it starts to make it right.

The display is the same as last year, which was a 5.7-inch IPS rather than OLED. It has the same Quad HD resolution as before. The secondary display is slightly larger, standing in at 2,1 inches. The build is different from its predecessor though. While the V10 had a self-healing Stainless Steel frame and a sturdy plastic, the V20 comes with aluminum AL6013 alloy body, which is used to build airplanes and boats. The phablet retains the MIL-STD-810 certification, hence, it can take all the bumps and shocks you throw at it.

The new LG flagship is also 50 grams lighter than before, a massive reduction, which can be felt as soon as you hold the phone for the first time. 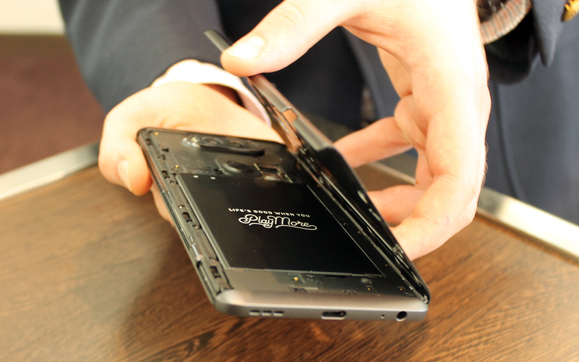 The V20 tries to be different and it is indeed different in putting the experience first. It is not modular, but it has a removable 3200 mAh battery. Shocking isn’t it? LG V20 might be one of the first Smartphones in recent times to come with a metal build and a removable battery. A small latch on the side helps pop out the back cover rather easily letting you access the battery.

It has two displays and two cameras, but both are now slightly more functional and less-gimmicky. The camera on the back is the same two-lens setup, but with newer cameras. One is a 16 MP shooter while the other one is a wide-angle 8 MP lens. It supports LG’s Steady Record 2.0, which makes videos crisper, and is the first to come with Qualcomm’s gyroscope-utilising video stabilization system. Three autofocus systems track moving subjects faster than before.

There is just one camera on the front this time, a 5-megapixel one. But LG says it can take the same wide-angle selfie shots. 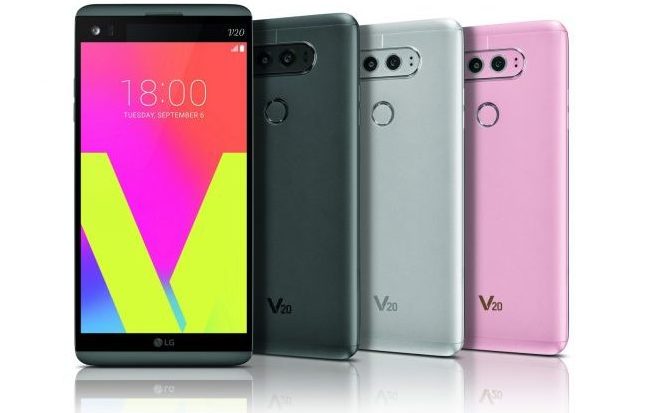 But the feature which will likely make the biggest difference in everyday life would be its audio prowess. The V20 supports an advanced microphone system, with 24-bit 48KHz Linear Pulse Code Modulation (LPCM), for much better quality voice and video recordings. It also supports 32-bit Quad DAC, first for a smarpthone, which means it comes with lossless audio playback and has lower distortion.

The V20 is the first Android phone to come with 7.0 Nougat, which comes with goodies like a Dual Window mode, a deeper Search mode, more efficient Doze, better notifications and so on. It has LG’s light skin on top.

Pricing details aren’t announced but the phone should be launched in Q3.