A Pakistani team of six people is all set to showcase art masterpiece at the first London Design Biennale.

Salman Jawed, curator and co-founder of the Coalesce Design Studio, as well as five other team-mates were selected from over 30 countries to represent Pakistan at the inaugural session of the London Design Bienale. 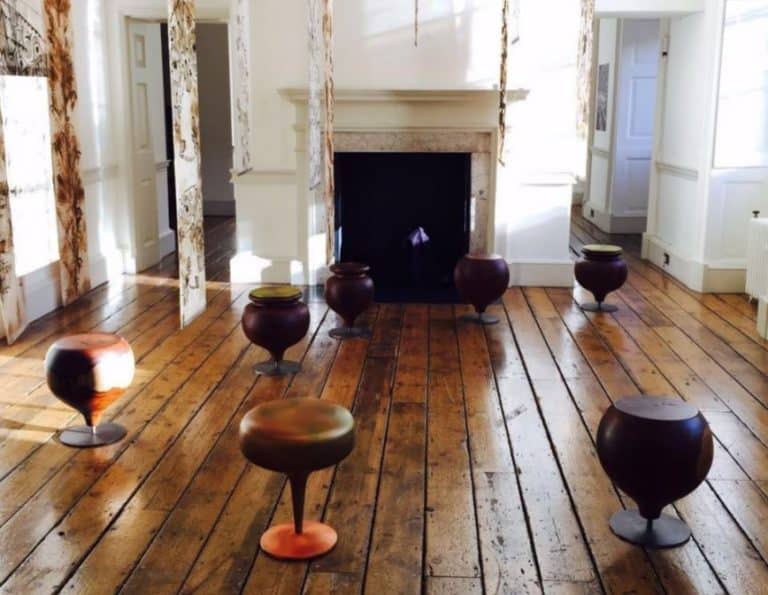 The Karachi based team are part of Coalesce Design Studio which is showcasing a unique installation named ‘Daalaan’ at the event.

The installation makes the visitors visit their childhood in a very unique manner. It comprises of various illustrations hanging from the ceiling which represent the traditional games and ‘lattoo stools’.

The idea behind this unusual yet intriguing setup is to help the visitors rediscover the inner child in them, as they would spin on the stools while gazing at the illustrations which is bound to free them of adult anxieties.

“The sheesham wood objects, spinning tops, hand-drawn art and illustrations make for a playground where imagination has no bounds.” – Coalesce Design Studio

The efforts of the Pakistani team has been recognized by leading architecture and design magazine Icon. Out of the possible 37 entries, ‘Daalaan’ became one of the six to be accepted for display alongside entries from countries Belgium, France, Indonesia, Mexico and Russia.

About Coalesce Design Studio and Their Team

The design which won accolades for Pakistan was done by a team of six extraordinary people.

About the London Design Biennale

Nations from six continents, over 30 countries and territories, are attending the London Design Biennale which is being held at Somerset House from 7th to 27th September.

Representative from the very best centres of design, which include the Moscow Design Museum and the Victoria and Albert Museum are attending for the presentation of newly commissioned works that explore the theme of the Biennale – ‘Utopia by Design.’

The purpose of this innovative and interactive event is to promote big ideas about sustainability and from migration cities to social equality.

You can see Coalesce Design Studio’s works on their website here.