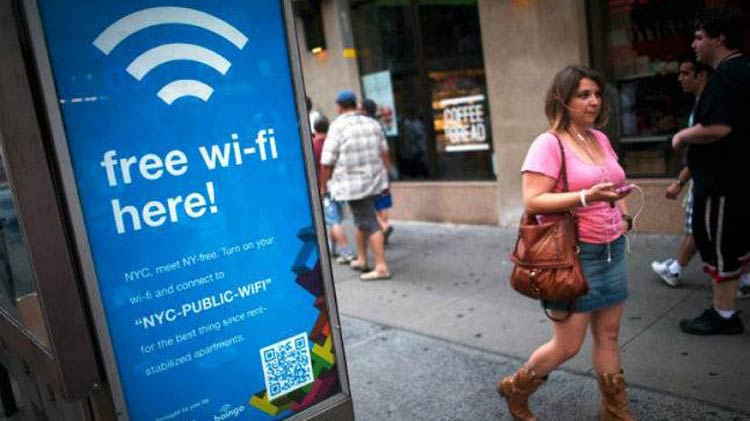 If you’ve been in New York City in the last year or so, you might have seen free Wi-Fi kiosks that had started replacing the 7,500 traditional phone booths in the city.

Providing free Wi-Fi and phone service, these kiosks could be used by anyone for consulting Maps, checking the weather, charging phones or browsing the internet in general.

After repeated complaints and the original purpose all but defeated, the company behind the kiosks had to shut off access to the internet browsers last week while it decides how to tackle the issue.

While there is no direct comparison for these kiosks in emerging markets like Pakistan, what we learn is that just the provision of internet isn’t enough.

This goes for any market in the world as is clear from the NYC debacle. If you equip people with internet without educating them on the proper use of it, it’s probably going to be a waste. In fact, it could be counter productive and result in generating a skewed perception of the internet’s utility.

I came across a similar situation in Pakistan when I visited one of the telecenters that USF had setup in a far-flung area of Punjab, where internet was previously not available at all. USF told me that they had setup this internet facility, along side a lab and dedicated internet connection, at a staggering cost of Rs. 4 million.

However, with 2 Mbps internet speed (some five years back), the people there mostly used to watch movies and chat instead of doing any productive work.

There are countless other example available where we see people equipped with internet — but no proper awareness on how to use it productively — end up watching YouTube videos or even worse, graphic material. We’ve highlighted in the past how obscene YouTube videos are all that trends in Pakistan and it’s a byproduct of ignorance on the productive use of the internet.

With growing number of internet users in Pakistan, we believe government, concerned authorities and telcos must make people aware about productive internet usage along side providing them the internet (with 3G and 4G).

Telcos, who might be happy with data usage due to video streaming, must understand that their data demand will grow only when their bandwidth is used maturely and productively.

Mindless consumer mindset isn’t going to help anyone and there’s a corporate responsibility on these telcos to help the newly coming online population use the internet in a productive manner.

And most importantly, the real economic benefit of internet isn’t possible without its productive usage.