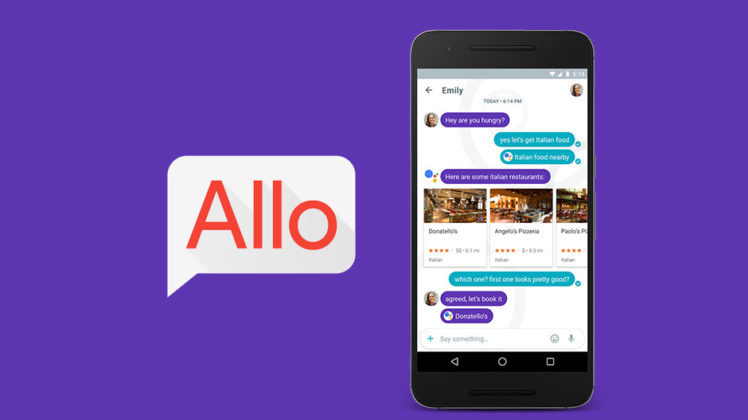 Messaging apps is a domain Google has explored before. Although it wasn’t a successful venture (looking at Hangouts).

Even though you may argue that Hangouts continues to live, its popularity is abysmal.

Google is betting on another similar project, known as Google Allo, which it hopes will let the company become popular with messaging this time around.

Allo is designed to provide a seamless messaging experience without having to hit pause on you conversations.

You may have had to switch apps to check maps or the closest restaurants at several occasions. Allo will remedy that by integrating those features directly into the messaging app.

According to Google blog,

Google Allo can help you make plans, find information, and express yourself more easily in chat. And the more you use it, the more it improves over time.

Google has made it so that it corresponds with AI, potentially making the app improve with time as it learns about how users are utilizing Allo.

There are four major features that Google is showing off with Allo.

If you need to reply quickly to a message, bringing up the keyboard and typing it will take more time compared to just tapping on one of the suggested responses.

Earlier we mentioned that you’ll be able to search for the closest restaurants and other information directly from the app without having to switch to a different app.

Well, this is how it works. You only need to write @google followed by a question to get assistance. And that’s it.

You can see it in action below.

You can add text or draw on pictures before sharing them with a group or with your friends and family. This isn’t something new but it adds a touch of customization and makes everything more convenient. 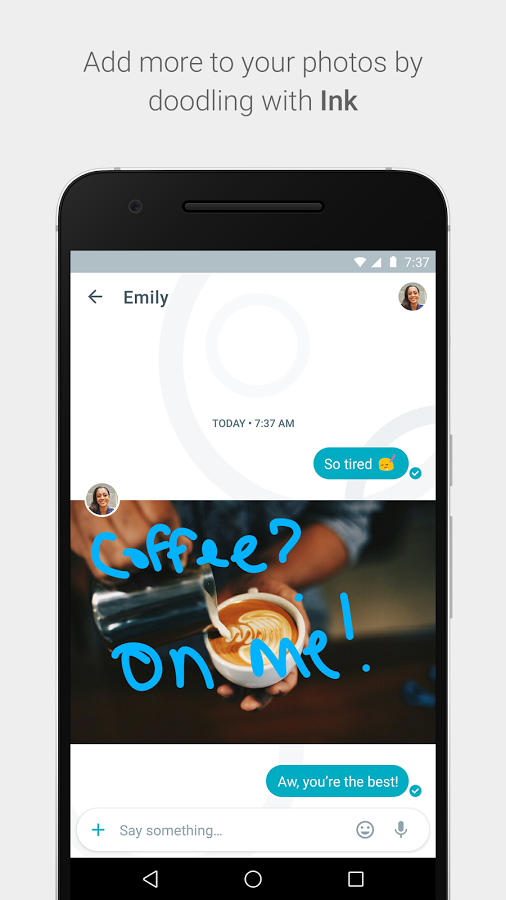 Google collaborated with artists and studios to create 25 custom sticker packs just for Google Allo. It’s very Telegram-like. You won’t be running out of weird stickers any time soon. 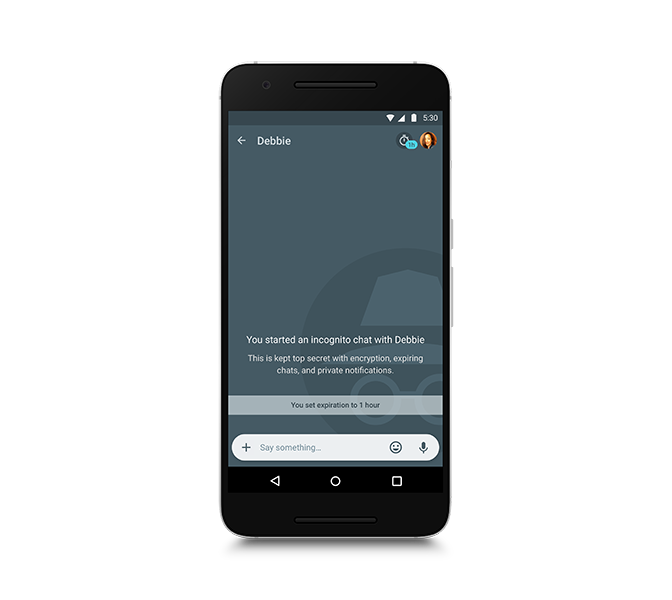 Chrome users out there may recognize this right away. Incognito mode means private mode on Chrome.

In Allo, once you go incognito, all your messages are encrypted with end-to-end encryption. There are also more security features such as self destructing messages (message expiration) and discreet notifications.

Google Allo isn’t out yet but it’s coming soon (within the next few days, says Google) on both, Android and iOS.