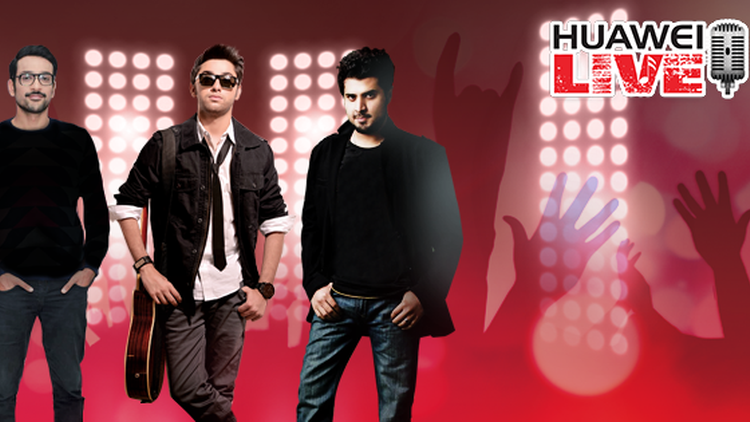 Huawei Pakistan has once again come up with an entertainment related campaign, known as Huawei Live; a platform where youngsters get a chance to showcase their hidden talent.

By integrating an activation with a competition, Huawei is setting up a competition which is both attractive and interactive. A creatively designed float is all set to welcome participants and onlookers.

On its journey, the float will make stops at all well-known educational institutes and famous markets to provide an easy access for those who want to be a part of this activity.

In addition to the Float, Huawei has devised an app, called Huawei Live, which will be used to record songs of the participants as well as for providing coverage of the campaign to the audience.

The campaign gets even more exciting with leading singers of the Pakistani music industry, the hearthrobs; Amanat Ali, Ali Sethi and Nabeel Shaukat, who will act as jury members.

Putting light on the famous singers, it is a must mention that Amanat Ali is one of Pakistan’s leading vocalists, an actor and a songwriter who got his fame from his outstanding performance in “Sa Re Ga Ma Pa” and also does background numbers in the Pakistani film industry. Nabeel Shaukat has a marvelous reputation as a singer where he emerged as the winner of a musical contest “Sur kshetra”. Recently, “Bulleya” by Nabeel Shaukat has also fascinated the audience and accumulated much accolade. Ali Sethi is a famous name of the music industry. The talented artist has made his name with his fine singing skills. He has sung background scores for “The Reluctant Fundamentalist”, “Manto”.

The campaign participants will record their songs by using Huawei Live application. Shortlisted songs will be uploaded on Huawei Live application for voting. Initially shortlisted contestants will enter the final audition. 3 finalists will be chosen for the next stage by the judges. Keeping it interactive in every way, the very best part is for those who are unable to appear at the float; they can also be a part of the campaign by recording their auditions using Huawei live application.

At the end of this campaign, there will be a concert where the winner of the contest will be selected through the votes of the audience and the jury’s decision.

The winner of the musical contest will have great singing opportunities in the future. The winning contestant will also get a chance to sing along the judges in a concert.