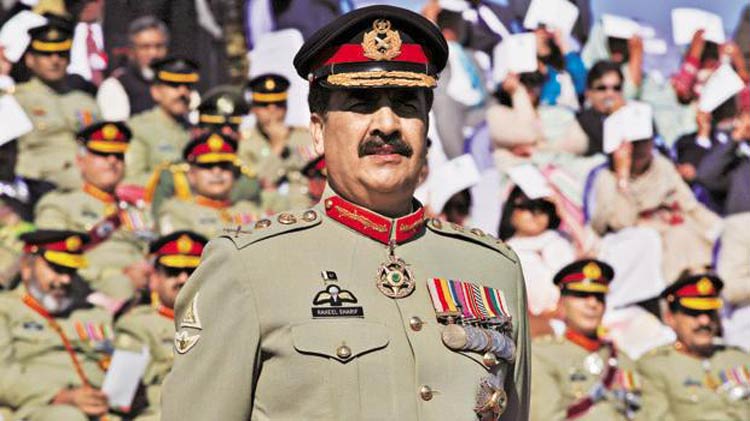 Its no secret that General Raheel Sharif is one of the most popular personalities in Pakistan. His efforts to root out terrorism in Pakistan as well as his soldier-like steely resolve has won him his fair share of fans in the country.

For a man who is reputed for doing his job and doing it well, it is natural to presume that he doesn’t have a social media presence unlike some political and military personalities in Pakistan. Examples of such accounts include Asim Bajwa from ISPR, Imran Khan from PTI, Bilawal Bhutto from PPP, Maryam Nawaz from PML-N and so on. 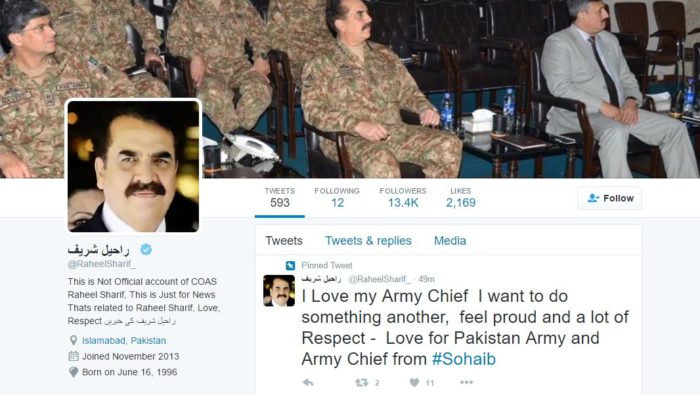 ‘This is Not Official Account of COAS Raheel Sharif’

Interestingly, though this does look like an account by an overzealous fan, it does raise questions about Twitter’s verification policies.

Did they verify the account based on it being a fan page? And will this verified account blue tick not confuse people on Twitter thinking that the account belongs to the real Raheel Sharif?

Because lets be honest. This development does have the potential to sow confusion in the minds of users in Pakistan. In fact even Pakistani media organizations may forget that this isn’t a real account. They have been known to take some tweets at face value (remember Rani Mukherjee?).