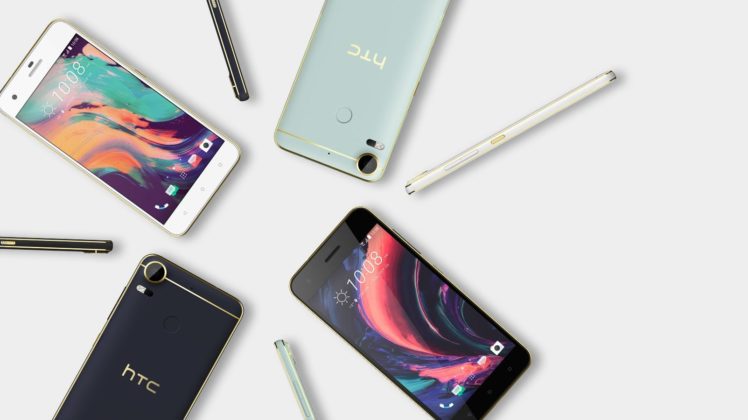 After releasing their flagship HTC 10, the Taiwanese smartphone maker is using the number 10 again for their newest Desire phones.

The Desire series is one of the oldest running series of HTC phones. They include radical designs and the company often experiments with these phones to test the waters.

HTC Desire 10 Pro comes with a matte plastic body, a metallic design and an all glass front. It has a 5.5 inch Full HD (1920 x 1080) IPS display. HTC mentions that Corning’s Gorilla Glass protection is used on this phone but doesn’t specify the exact version of it. A fingerprint scanner is located on the back for ease of use.

It has a 13 MP wide angle front camera with a screen flash. In addition it records video at upto 1080p (1920 x 1080) resolution. On the back there is a 20MP camera with laser autofocus and a dual LED flash.

The internals contain an Octa-core Mediatek Helio P10 processor coupled with 4GB of RAM. It comes with a default storage option of 64 gigabytes which is more than enough for most people. For those who need even more storage space, a microSD card slot, of upto 256 GB in size, is supported.

It comes with Android 6.0 Marshmallow with HTC Sense UI on top. The battery is a nominal 3000 mAh unit with fast charging included. Unfortunately despite the growing trend of USB type-C ports, HTC has included a microUSB 2.o port.